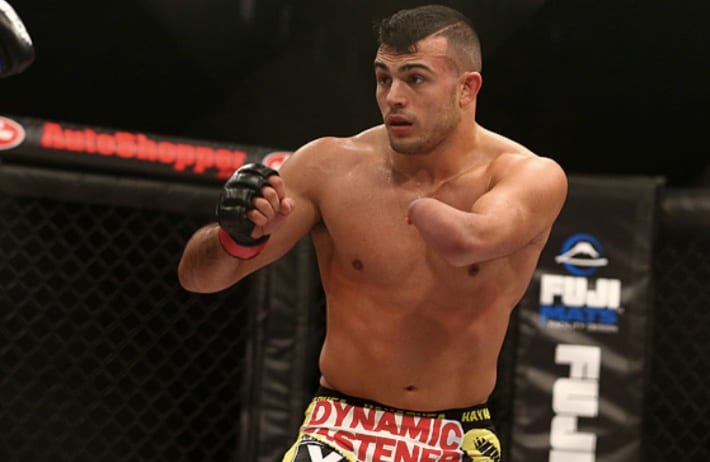 Nick Newell will attempt to make history tonight as he aims to secure a UFC contract on Dana White’s Tuesday Night Contender Series.

Newell, 32, was born with a congenital amputation of his left arm, with the amputation ending below his below as can be seen in the majority of images of him. Since then Newell has gone out of his way to live life in a normal way, and over time he transitioned from the world of wrestling into the sport of mixed martial arts. He’s managed to accumulate quite the record at 14-1, with his one and only loss coming to UFC fan favourite Justin Gaethje.

Fans have been campaigning for Nick to finally get a shot in the Ultimate Fighting Championship for years now, and after all this time and one retirement, the opportunity has arrived in the form of the main event fight on DWTNCS.

As most people know those who compete on the show often need to grab themselves a highlight-reel submission or knockout in order to be considered for a contract, but that shouldn’t be a problem for Newell with 11 of his 14 victories coming via finish. The man he’s facing, Alex Munoz, will obviously be equally as hungry for the contract, with the 28-year-old possessing an unbeaten 4-0 record.

Mixed martial arts is never a walk in the park and nobody gets a result given to them on a silver platter, and with that in mind, it’ll be interesting to see how Newell is able to cope with the added pressure of so many eyes being on him as he attempts to begin his UFC journey.