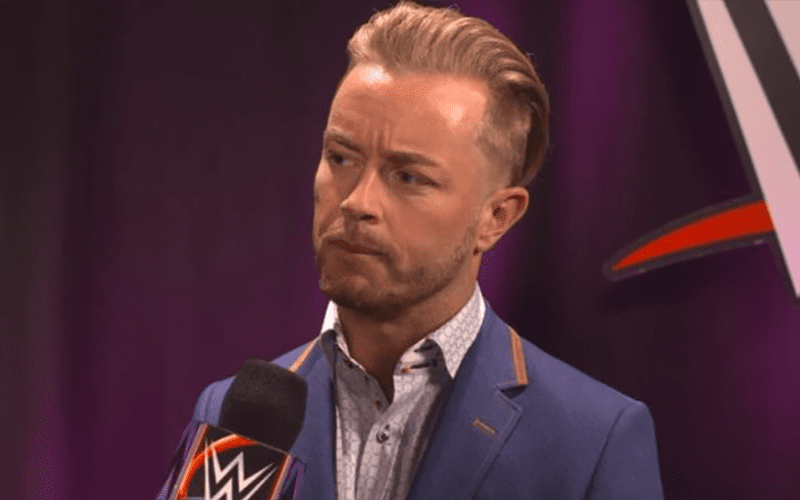 205 Live has been gaining some serious fan support since Triple H took over control for the Cruiserweight-based brand. With Drake Maverick- the former Rockstar Spud as General Manager for the brand, WWE has found some serious success with fans wanting a larger focus on the wrestling as opposed to the stories surrounding the bouts.

Maverick is notorious for responding to fan comments and paying attention to the Cruiserweights he manages on WWE TV. In fact, Maverick has done such an impressive job that many viewers are claiming him to be the best General Manager on WWE TV today. He remains out of the way and books the matches.

This led Maverick to post what appears to be a fanart of himself with his left hand cupped as if he had a glass of wine in his hands. The fanart, which contains the words “DM the GM,” garnered some attention online.

In fact, this caused a bit of a dilemma for WWE’s Mike Rome- who is currently engaged in a storyline with Alexa Bliss backstage, hoping to take her out for a Table For 2. He asked Maverick what it is exactly he is gripping in the fanart, as it is seemingly empty.

This led Maverick to respond with one word. “Balls.” This solved Rome’s issue, as the backstage interviewer for WWE claiming he now supports 205 Live.

Check out the interaction below, as snapped by TheFrogSplash on Reddit: 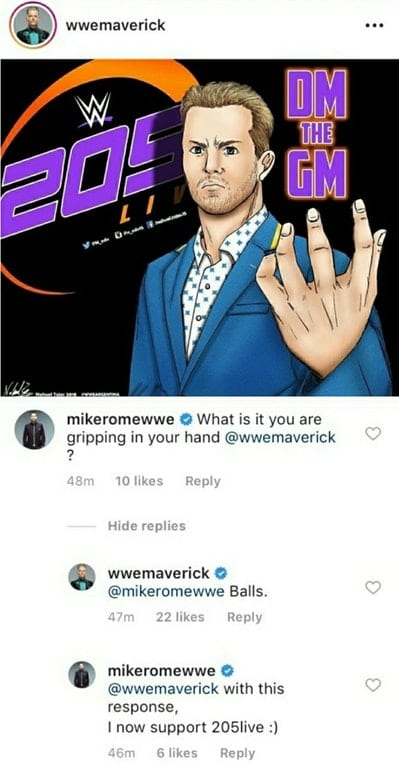 Are you a fan of 205 Live? Do you believe Maverick is a good General Manager? Sound off in the comments below.