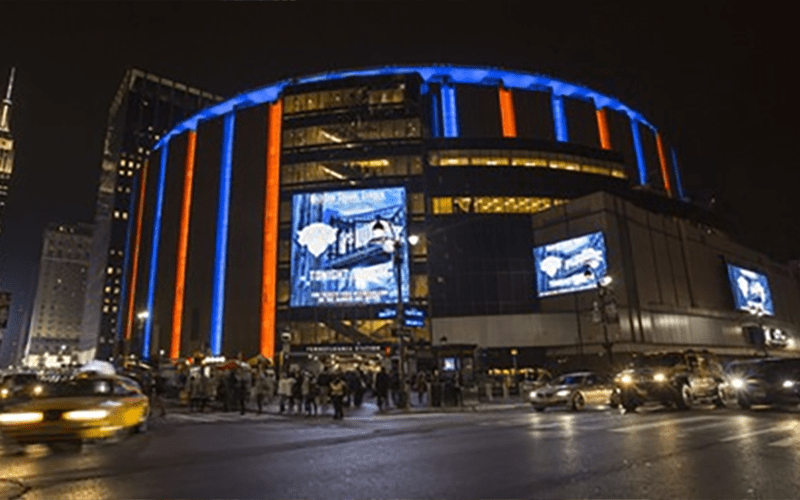 The G1 Supercard was recently announced to take place during WrestleMania weekend next year at the Madison Square Garden. This event, which combines talent from both ROH and NJPW almost didn’t happen after reports came out WWE had attempted to prevent the famous arena from allowing ROH to have shows there.

“We had a deal with [Madison Square] Garden and they then told us they were backing out after communications from the WWE.”

From here, Chris Ripley- the SEO of Sinclair Broadcast Group revealed in an interview to The Baltimore Business Journal on June 12 that ROH would indeed be holding a show at the famous arena in 2019.

In fact, ROH were supposedly ready to announce the G1 Supercard after that interview. Koff is of the belief that they couldn’t do this due to WWE’s interference- despite locking in talent from NJPW for the show.

From here, the G1 Supercard would eventually be announced regardless. This leads many to believe WWE either backtracked or the legal team with ROH were able to break through to the Garden- if there was a story to be told to begin with.

Joel Fisher, the Executive Vice President of MSG Marquee Events had the following to say on the G1 Supercard announcement:

“We are thrilled to welcome Ring of Honor Wrestling and New Japan Pro Wrestling to Madison Square Garden for the much anticipated G1 Supercard. We expect April 6 to be another memorable night of wrestling at ‘The World’s Most Famous Arena.’”

WWE released a statement after the announcement, which led some fans to believe there was never an issue with WWE to begin with.

“MSG is, of course, free to work with ROH however they want.”

From here, there are a number of different opinions going around about what happened. Justin Barrasso, a respected journalist over at Sports Illustrated sought to explain what happened as best he could.

Barrasso notes that Koff is a very honest and intelligent businessman, but there would never be any chance he would indict WWE without a cause. To continue this, he confirms WWE was not happy with ROH pursuing the Garden. That said, multiple industry sources claimed to him that WWE and their officials were very cooperative during the entire process.

WWE does not legally have the ability to block ROH from securing dates at MSG. It is a tough battle, with both promotions wanting to protect and expand their turf.

So with everything being said above, there is a very distinct possibility that WWE and ROH either had a misunderstanding, or WWE had originally attempted to take the date but eventually complied to allow the growing promotion to work at MSG.

What are your thoughts on this incident? Will you be watching TakeOver or the G1 Supercard live? Sound off in the comments below.