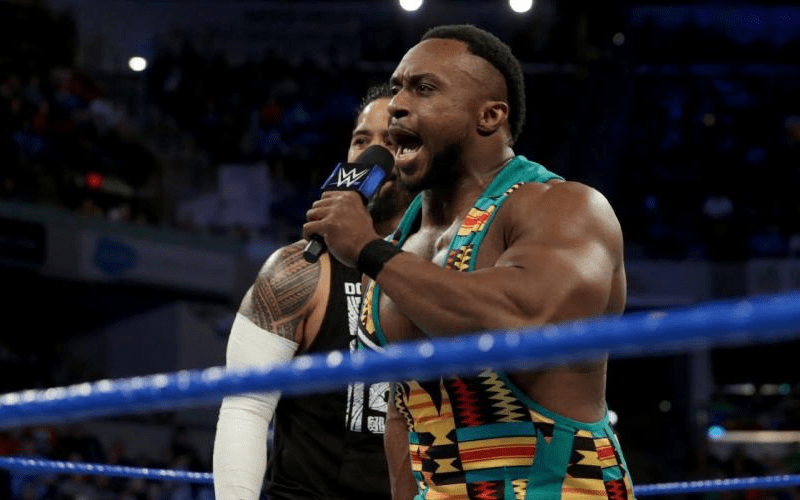 Since their formation, The New Day has become one of the most beloved teams in WWE history. While not everyone remains a fan to this day, there is no denying the impact the group has had over the past few years.

During an interview with The State Journal-Register, Big E of The New Day revealed there were plans in the past to add members to The New Day- joining himself, Xavier Woods and Kofi Kingston. Additionally, the former Tag Team Champion gave an insight into the creation of the pancake gimmick they use.

Referencing ideas for a potential break-up of the team, Big E revealed plans in the past to potentially add other members from the WWE roster to The New Day.

“The thing is when we first decided to [form the New Day], we honestly saw ourselves as a faction. We had ideas of adding people along of way. But honestly, I’m very glad we ended up as a trio because I can’t imagine it as anything else. We want to be equipped to do anything, whether it’s tags or singles. We definitely think that is a possibility and something we’re very open to, and we do believe strongly the three of us have the ability to carry that out well. A lot of people are very quick to preach breaking up. And there are times, even like a year and a half ago where it seems like [people say], ‘Hey, these guys really haven’t done anything. Let’s break them up.’ We feel like as a trio we have legs to continue for a very long time. And that could mean we move on from the happy, clappy, gospel-inspired music, but stay a trio. Or we move on to singles. There are so many incarnations of this group that has yet to really be forged and fleshed out.”

As mentioned above, Big E also discussed the creation of the pancake gimmick, which had mixed success when used.

“Sometimes people think that there’s a planning process where we sit down and decide, ‘Hey in April we’re going to do this, and January we’re going to do this.’ We try to make sure things are pretty organic. Like the pancakes started when we had a lumberjack match, Woods was on the floor and decided to be the chief lumberjack. And of course, a lumberjack has pancakes. So we thought that was funny [and we] decided to keep the pancakes.”