Ross opens today’s show by discussing the rumour that NXT might be headed to FS1 as part of WWE’s television deal with FOX that starts in 2019. Ross thinks it’d be a great transition for NXT if they moved to FS1 because that network has a distinct look and the product would be seen by thousands of more people each and every week.

Ross is interested in seeing how FOX promotes its programming next Fall, when they’ll have NFL football and WWE programming to broadcast. He thinks there’ll also be room on FS1 for some original programming on WWE’s end; perhaps in-studio pre-shows or recap shows. 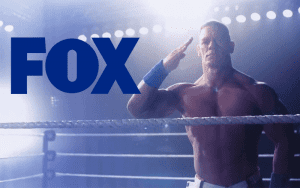 Ross informs that he hasn’t heard anything from WWE officials about reprising his role as the play-by-play commentator for the second season of the Mae Young Classic. He admits that he didn’t do his best work on last year’s Mae Young Classic. He certainly put the effort in, but there were some parts of his presentation that he wasn’t quite happy with. He also notes that he’s quite busy as it is, and there are plenty of young commentators at WWE who can use that work.

Ross comments on the passing of Matt Cappotelli. He notes that he had the pleasure of meeting Cappotelli when he began his dream to become a WWE Superstar many years ago, and he was a tremendous young man. After battling brain cancer for over a decade Cappotelli passed last week and Ross was saddened by the news. Cappotelli was a strong, brave man who was universally liked by everyone who met him.