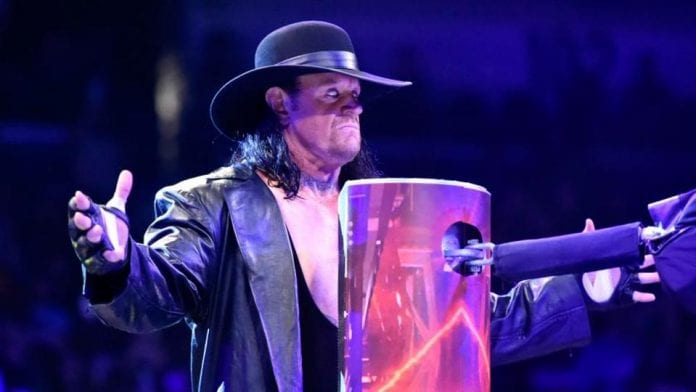 Without a doubt, The Undertaker is one of the most beloved wrestlers in professional wrestling history. Fans adore the veteran performer, who still continues to compete to this day. One wrestling personality who has competed under the WWE umbrella in the past is looking to return to the company to take on Undertaker at WrestleMania 35.

PCO (Pierre Carl Ouellet) formerly competed with WWE back when it was known as the WWF. While in the promotion he captured the WWF Tag Team Championship alongside Quebecer Jacques three times. Furthermore, he was a one-time WCW Hardcore Champion.

PCO returned to competition in May of 2016 on the independent circuit and has been making a name for himself ever since. The 50-year-old was actually recently named as one of the participants in the 2018 PWG Battle of Los Angeles and back during WrestleMania weekend, PCO defeated the brute that is Walter at Joey Janela’s Spring Break 2 in New Orleans.

As reported by Pro Wrestling Sheet, PCO is taking aim at The Undertaker. The wrestler took to his Twitter account to reveal he wants to ride his momentum through to a match against ‘The Deadman’ at WrestleMania with his manager Destro in his corner.

Based on the level of success PCO is at right now, it is entirely possible he finds his way back to WWE to compete against the packed roster on either RAW or SmackDown Live. However, it remains to be seen whether this leads to a match against The Undertaker.

Check out a preview for Battle of Los Angeles 2018 highlighting PCO:

Would you like to see the behemoth that is PCO take on The Undertaker? Are you familiar with the former Champion? Sound off in the comments below.