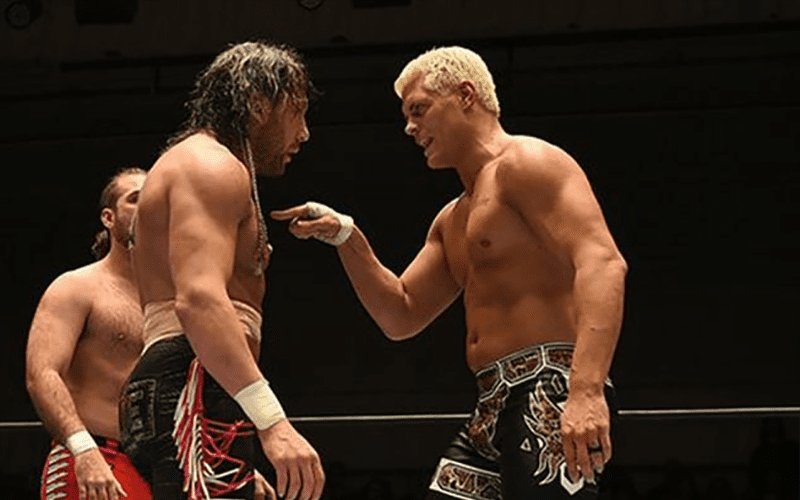 The Cleaner and current IWGP Heavyweight champion has his biggest challenge ahead of him. After finally vanquishing the ace Kazuchika Okada in a 69 minute 2 out-of 3 falls match to become champion, Omega will be defending the belt this Saturday against the villainous Cody Rhodes. The last time these two faced off was at Supercard of Honor, where Cody stole a victory after the Young Bucks accidentally nailed Kenny with a double-superkick.

Now, Omega has taken to Twitter to claim that not only will this matchup be for his prestigious IWGP Heavyweight Title, but for full leadership of the Bullet Club.

For the biggest prize in #njpw .For leadership of the #BulletClub . It finally ends with this one last match. https://t.co/pAkH63PIBC