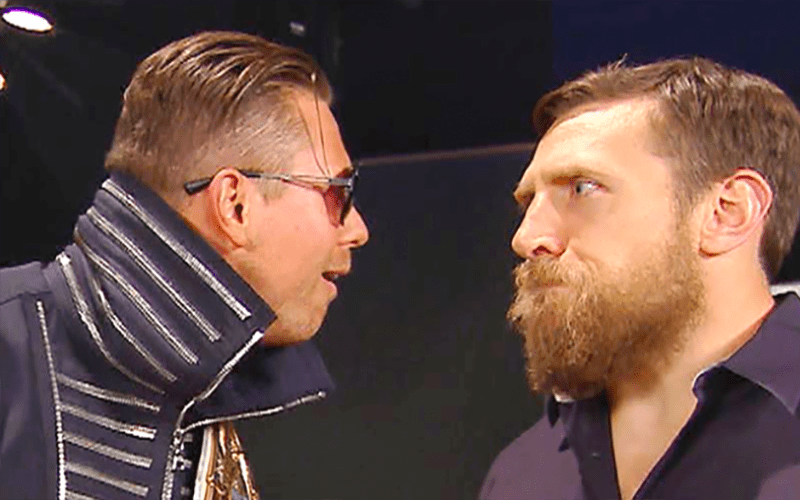 Daniel Bryan is one of the most fiercest Superstars on the roster right now, both verbally and physically. Bryan has a reputation for retaliating against the powers that be in both real lives as well as on the screen.

Bryan openly took some shots at the WWE during an interview with Gorilla Position. The Beard said that he doesn’t see WWE booking him to face his arch-nemesis The Miz at next year’s WrestleMania.

I am definitely up for [a match against the Miz at WrestleMania 35]. You asked me that question, I’ll answer [it] with a question. Do you trust WWE with telling that story from now until WrestleMania 35? Like what in the last couple of years has shown to you that something like that is possible here?

The interviewer was quick to point out that the last time such an incredible story was told by the WWE was with Bryan himself when he captured the World title at WrestleMania 30.

To this, Bryan replied by saying that it could happen accidentally like his WrestleMania 30 story, wherein, the fans forced the WWE to go in that direction. He also said that a feud with the Miz would be fun regardless of a buildup.

(laughs) Yeah if something accidentally happens and that they’ve got no control over it, then yeah, it’s possible that it can happen. But yeah, you know like, I think that would be awesome. I think it would be something that the fans would be excited to see; whether or not we can prolong because people want to see me punch Miz in the face. I want to punch Miz in the face. Whether we can prolong that on television for that period of time – I don’t know.

You can watch the entire interview here.

What do you think about Daniel Bryan’s opinion about the WWE? Let us know in the comments below…