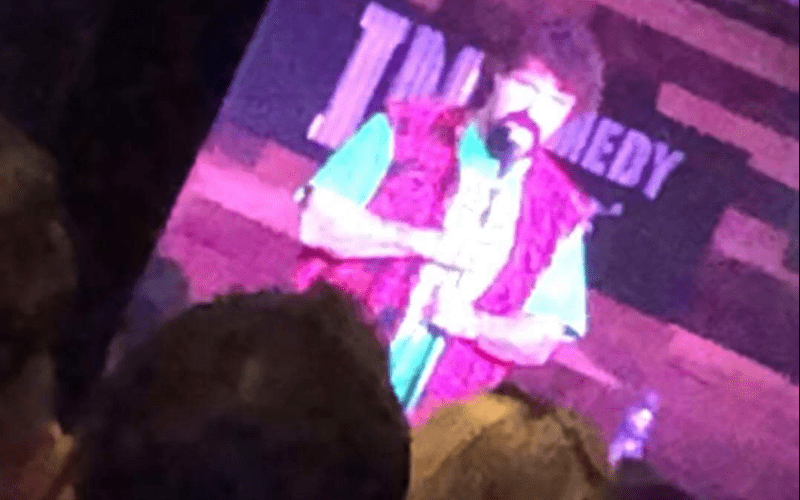 As noted earlier, Mick Foley performed at Laugh In Comedy Cafe in Fort Myers Florida on Sunday night. I was in attendance for the event to it’s entirely. We provided several spoilers from the event that is expected to be broadcast in September of this year.

While Foley was closing out the show and discussing his WrestleMania match against Edge, dropped the F-Bomb that he was promising all night and we got the footage.