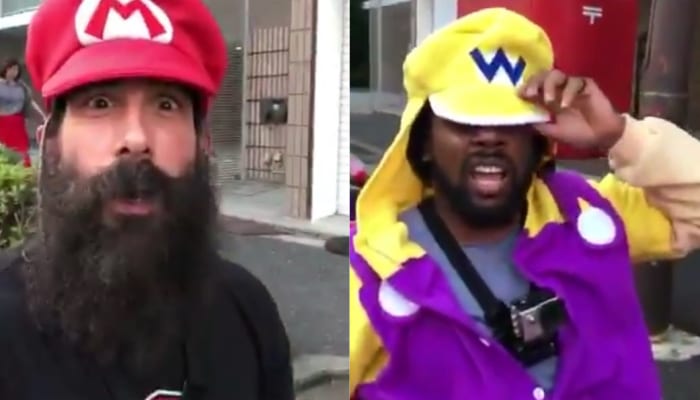 Xavier Woods has a lot of fun on his YouTube Channel UpUpDownDown and since the WWE Superstars are in Japan for a house show, he took full advantage of his surroundings.

It looks like they filmed a very special episode featuring WWE Superstars dressed as Nintendo characters and it could be very good. Xavier Woods, Kofi Kingston, Becky Lynch, Luke Harper, and Aiden English definitely know how to have fun while they’re in Japan.

As you can see from the tweets below, Luke Harper was dressed as Mario and had the best look on his face ever. It looks like he was ready to bludgeon someone with a go-cart as Aiden English remained behind him ready to go.

Becky Lynch was also a part of the fun and she looked more than excited to get to some racing in Tokyo. It’s really crazy what these WWE Superstars will end up doing sometimes.

Here’s a sneak preview of #SDLive Superstars #GoKarting through the streets of #Tokyo! #WWETokyo pic.twitter.com/khVKWb84Q5