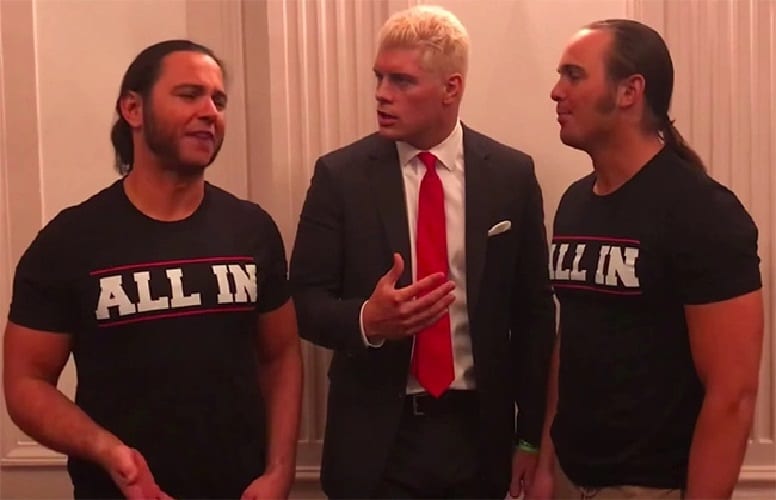 Cody Rhodes and The Young Bucks are making a huge name for themselves on the indie wrestling circuit and their All In show is a huge undertaking that they’re pulling off very well. WWE has obviously taken notice of their momentum at this point and it’s been noted before that WWE could afford ridiculous contracts to entice them to come into the company.

The Wrestling Observer Newsletter noted that Cody and The Young Bucks’ contracts are set to expire at the end of the year. All three guys have noted that they aren’t interested in WWE but who knows what a big money deal could do to change their minds?

Coy has also been very vocal about not going back to WWE where he has no say in what happens to his on-screen character. But there will most likely be some kind of big money they will have to turn down if they remain with ROH.

Wrestle Votes also reports he has heard the offers will come. But at this point, nobody knows what decisions they will make just yet. WWE might offer up a ton of money in an attempt to squelch the threat of competition down the line.

This weeks Wrestling Observer hints that WWE could throw a LARGE $$ offer at Cody, The Bucks & Omega at years end. They are legit stars but partly because they also want to end the “threat of competition”

I’ve heard similar. The offers will come. No one knows the decisions yet.