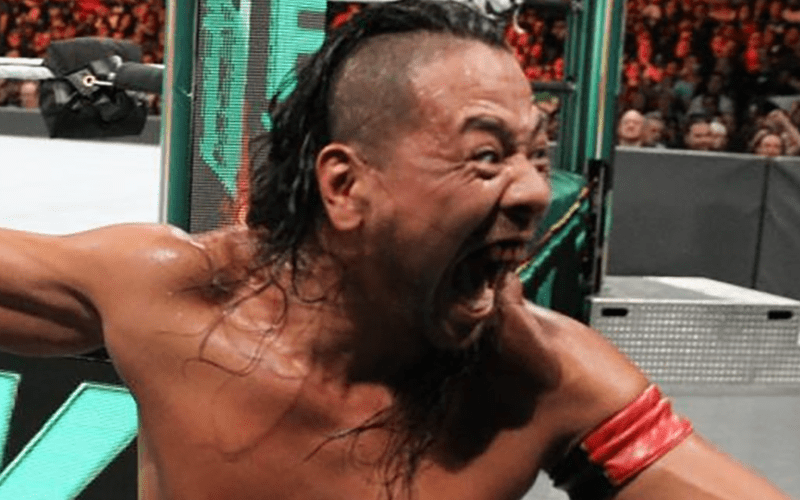 Shinsuke Nakamura was set for a US Title shot against Jeff Hardy during SmackDown Live but that match was canceled and instead, an open challenge was held which resulted in a 6-man tag match.

Bryan Alvarez opened up about Nakamura’s police dog attack on Wrestling Observer Live where he gave some new details on exactly how bad it was.

“What happened was yesterday at SmackDown Nakamura was I guess outside the building and they had a police dog and the dog’s walking around and sniffing everybody and suddenly the dog just bit Nakamura in the leg and Nakamura’s leg I guess was — I don’t know what the exact injury was but he was there at SmackDown he stayed backstage. I mean maybe they took him to the hospital or something like that but his leg was killing him and they would not medically clear him to wrestle so he may not even be cleared for the WWE house shows in Japan. Must have been a serious bite.”

This is not a good story at all and I can only wonder why the police dog decided to bite. Hopefully, it heals up quickly so he can get back to business. After all, it’s already cost him one title shot at this point and now it may cost him a trip back home to perform in Japan.