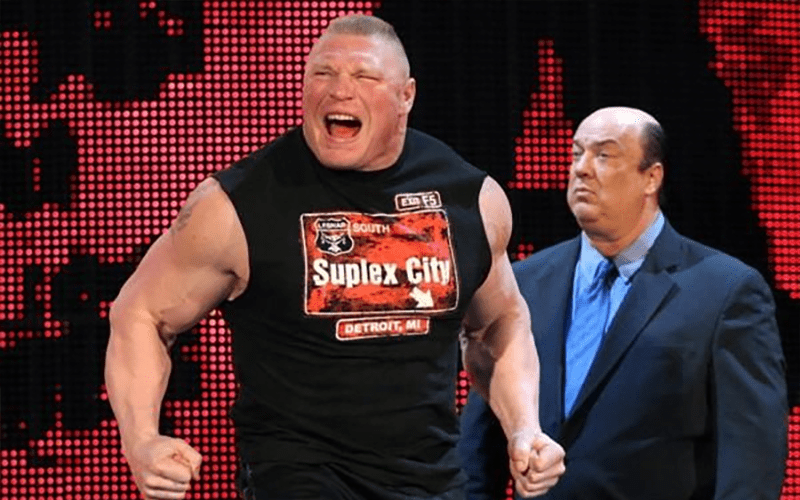 The Extreme Rules main event was changed because apparently there is some kind of issue getting Brock Lesnar to agree to another match. As it turns out there could be more reality to this situation than work.

Brock Lesnar could be preparing himself for another run in the UFC. This is especially difficult with the WWE Universal Title over his shoulder, but that could be dealt with at a later date. Then again, Brock Lesnar could always decide to seriously not compete again.

Dave Meltzer noted on Wrestling Observer Radio how Brock Lesnar has until Friday to re-enter the USASA testing pool if he wants to get a UFC fight before the end of the year.

“I don’t know what the whole story is right now. The tease obviously is that Brock Lesnar is negotiation problems which I believe he has one more deal left. He’s got one more match on this current deal which I believe is SummerSlam. We’re running real low on the next move of Brock Lesnar. He’s got until Friday to submit to USADA testing, if he doesn’t submit to USASA testing by Friday then he ain’t fighting this year.”

Of course, Lesnar could always fight next year but UFC officials wanted him to be on their big December show. Only time will tell if Lesnar re-enters the testing pool in time, but this would be a very interesting turn of events either way.