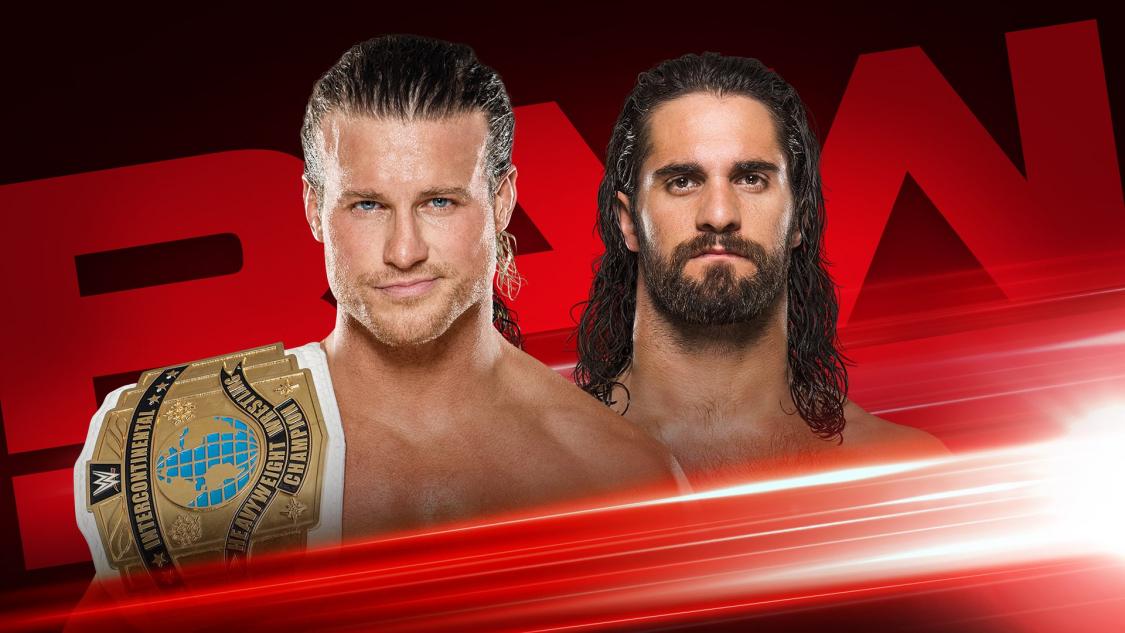 Last week Dolph Ziggler shocked everyone by defeating Seth Rollins for the Intercontinental Championship, albeit via distraction and a handful of tights. Seth Rollins owned his defeat but asked for a rematch, and tonight he gets that rematch. Rollins had been a fantastic IC Champion and I don’t think anyone wanted his reign to end, so perhaps tonight he can get Drew McIntyre banned from ringside, otherwise his chances are slim.

Brock Lesnar hasn’t been around since the Greatest Royal Rumble event, and the lack of a title on Raw is sorely felt and well-documented. It seems we’re building up to a Lesnar match at Summerslam, but before then we need to find out who Lesnar’s challenger is. Kurt Angle announced at Extreme Rules there will be a multi-man match with Bobby Lashley and Roman Reigns already announced. It’s unclear who will be Lesnar’s opponent but it’s almost certain the Beast will drop the title, and of course there’s always Braun Strowman lurking in the shadows with the Money In The Bank briefcase.

On last week’s Raw, Ronda Rousey lost her $hit and beat the holy hell out of Kurt Angle and Alexa Bliss in Rousey’s most awesome moment in WWE so far. WWE has booked her run thus far in a masterful way and now she has been suspended. That means Alexa Bliss has one less foe to worry about for a month, but in the meantime she has a pretty big target on her back, and Nia Jax is gunning for it. Jax feels screwed by Bliss, even though she was going to lose to Rousey anyway, and she is going to challenge for the belt at Extreme Rules. Alexa will do lucky to make it to Extreme Rules, and chances are she comes out limping tonight after being attacked last week.

All that and more on this week’s Raw. Let us know what you’re excited to see by downloading the Ringside Talk app and joining in the conversation. Remember we’re also on Instagram now, so follow us over there for all your favourite wrestling coverage. Enjoy the show!

News Tip
wpDiscuz
172
0
Would love your thoughts, please comment.x
()
x
| Reply
You are going to send email to
Move Comment