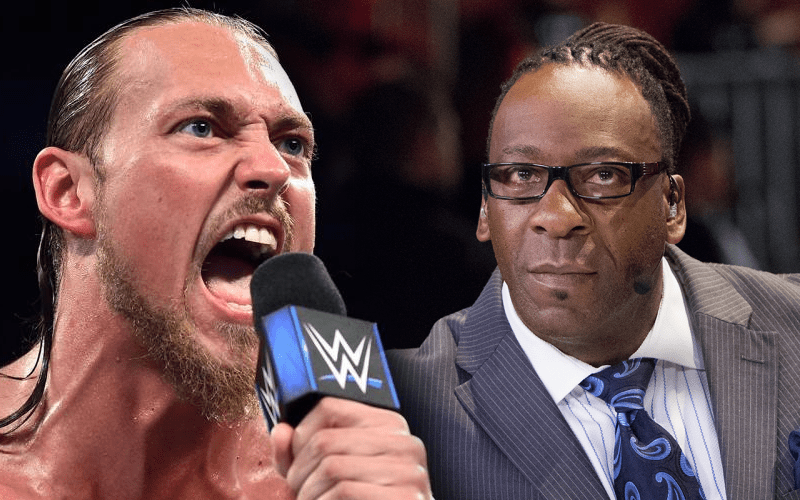 Big Cass was released from WWE last Tuesday and while the exact reason is still unknow, there were rumors floating around about Cass being very outspoken regarding politics and his support for Donald Trump that could have rubbed some people the wrong way.

During the latest installment of Heated Conversations podcast, Booker T addressed Big Cass’ termination from WWE and mentioned that the story is bigger than Cass.

“I think the story is bigger than Big Cass. Just say for instance, back in the day, you didn’t tell anyone who you voted for. It was a secret. You don’t bring stuff like that together. Because we want to be friends, so that’s something that you got to deal with inside yourself. When gay people come out, I be like ‘man you didn’t have to tell me that’. I’m still gonna give you a hug. It’s not my business.”

“I liked [Cass]. I never knew anything about his beliefs as far as the Trump thing…It could be a bunch of things. But when [WWE gets] to that point, it ain’t something that everybody else is doing, it’s something you’re doing. It really is. I’ve been around for many many years in the business, and I knew as long as I went out and performed, and thought about that. I was always going out there and thinking about performing, and that only. And I just think these young guys, it’s easy to get caught up. When you lose focus, when you lose your train of thought for one second, when you take those blinders off, anything can happen.”

You can listen to the podcast embedded in the audio below.

(H/T to Pro Wrestling for the above quote)