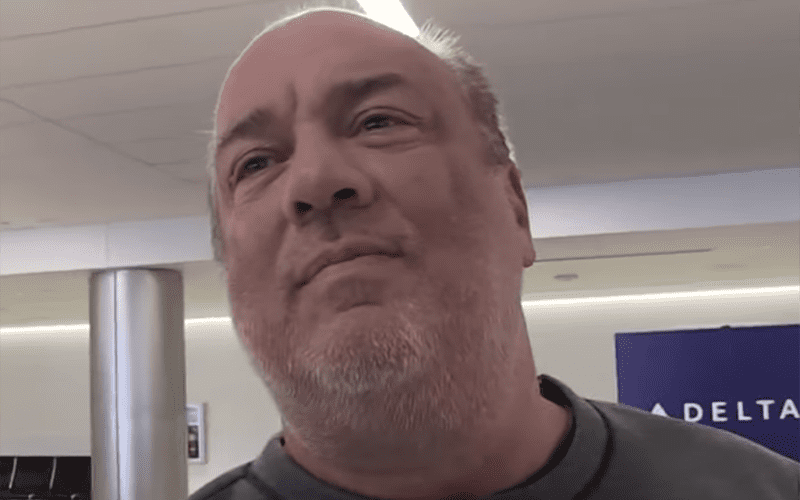 There is no shortage to the speculation on Universal Champion Brock Lesnar’s status with WWE. Throughout the past weeks, many news outlets have come forward with new evidence regarding Lesnar’s future being up in the air. During this time, both Lesnar and his advocate Paul Heyman have been relatively silent on social media.

After a recent WWE.com poll asked fans to suggest who they would like to see go up against “The Beast Incarnate,” Heyman finally broke his silence. Now furious at WWE, at the fans and at the RAW roster, Heyman wrote a passionate message to his audience on his “Heyman Hustle” Facebook page.

Specifically, Heyman essentially cut a promo on the writers working for the official WWE website, Lesnar’s Championship run and title defenses and which Superstars he would advocate for or have Lesnar fight.

You can read the entire response below, or view it on Heyman’s Facebook page here.

“Exactly what is the criterion being used as the hiring process at WWE.com? I truly believe all those who fail to find employment through Human Resources end up in World Wrestling Entertainment’s version of modified English housed in the digital marketing division. Their latest clickbait is to put up a poll asking you, the WWE Universe, to voice your individual and collective opinion as to whom should be Brock Lesnar’s next challenger. It amazes me that no one has smartened up these recklessly ignorant wannabes and explained to them that Brock Lesnar does what Brock Lesnar wants to do.

Bobby Lashley? The Man Who Would Be Lesnar? The supposed college standout who won the NAIA Championship because he knew the competition for the Division 1 Championship was too fierce? By the way, remember, when Bobby won the NAIA Title that no one really cared about, Brock Lesnar was making national headlines winning the D1 Heavyweight Championship. When Bobby saw Brock Lesnar ascend to become the biggest box office attraction in UFC, Bobby knew he had no chance against Brock, so he hid behind Scot Coker’s tomato cans in Strikeforce and Bellator, hoping to look good enough to graduate into a once-in-a-lifetime payday position against Brock Lesnar, who has never even heard about Bobby except the few times I mention Bobby’s name to Brock, and always as the punchline to a joke about the pitiful level of pseudo-athletes who think they are even in Brock’s league.

When will the decision makers in WWE grow up and realize the unique status Brock Lesnar has achieved? Why do you think I adamantly refuse to ADVOCATE for anyone else? I don’t want to Walk with Elias. I don’t care who Gets Braun Strowman’s Hands; don’t want to know why Bobby Roode thinks he’s Glorious; have no interest in witnessing Finn Balor prove he’s the best in-ring performer on RAW; no inclination to watch Kevin Owens KO his mid card status; don’t know why Kurt Angle even has a job, and don’t want to Burn it Down with Seth Freakin’ Rollins. I want to CONQUER with Brock Lesnar. And until there’s someone who proves themselves to be able to carry their part of the main event, I will continue to ADVOCATE that my client, the reigning defending undisputed Universal Heavyweight Champion Brock Lesnar rejects every request by WWE to exploit his box office appeal and concentrate on more pressing, “Ultimate” opportunities that exist at the moment!”

What are your thoughts on what Heyman had to say? Do you agree with him? Sound off in the comments below.