X-Pac opens today’s show by speaking about the death of Leon “Vader” White. This news struck him hard and he says that it really sucks. He says that Vader was the World Champion for 3 different companies at the same time at one point, and he was a multiple time IWGP Champion in Japan. He was a true star around the world and he was simply “The Man”.

He goes on to say that White was a true athlete, and for a guy as big as he was he never blew up in the ring. He always had pleasant experiences with White, and he thought White was a truly wonderful guy. It’s really sad in X-Pac’s opinion that White wasn’t inducted into the WWE Hall of Fame before he died, especially given the health issues he had over the last few years and how openly he spoke about wanting to be inducted into the Hall. 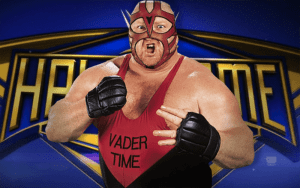 X-Pac speaks about Big Cass’ release from WWE. He says that Big Cass’ decision to go directly against Vince McMahon’s orders on a recent episode of Smackdown probably put him in the dog house. Once you’re in the dog house, it’s awful easy to develop a poor attitude. From everything that X-Pac has heard, it didn’t surprise him to see Cass released.

He adds that there are plenty of other places for wrestlers to work these days, and it wouldn’t surprise him to see Cass pop up in another promotion sooner rather than later. It also wouldn’t surprise him if Cass teamed back up with Enzo Amore on the indie scene. There might be some friction between these two guys, but they should be able to put their differences aside in order to make some money.