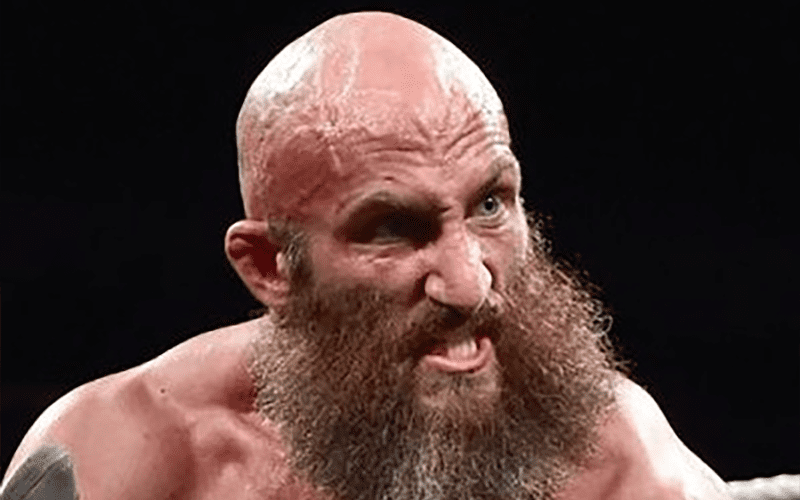 Tommaso Ciampa got the best of Johnny Gargano at NXT TakeOver: Chicago. In the second match of their feud, Ciampa was able to hit Gargano with a DDT onto the wooden planks lining the ring canvas while handcuffed to secure the victory. Now it appears Ciampa is ready to gloat, following his victory.

Throwing shade, Ciampa took to his official Twitter account to share a photo of himself during the closing moments of NXT TakeOver: Chicago, waving goodbye to Gargano and the WWE cameras.

Attached to the picture, Ciampa adds the hashtag #ThrowbackThursday, which is a common theme amongst many people on social media. The idea with the #ThrowbackThursday posts is to take a look at years past during different life periods.

Ciampa took the hashtag in another direction, referencing a throwback to the NXT special from this past weekend, reminding social media that he literally beat Gargano with his arms handcuffed together.

It will be very interesting to see what the future holds for Ciampa. The NXT tapings are set to take place tonight, so it appears the storyline may be set to continue. Many fans are expecting a rubber match between the two Superstars, and this post seems to allude to that happening.

Who should win the proverbial rubber match? Did you enjoy the Ciampa/Gargano TakeOver matches? Sound off in the comments below.