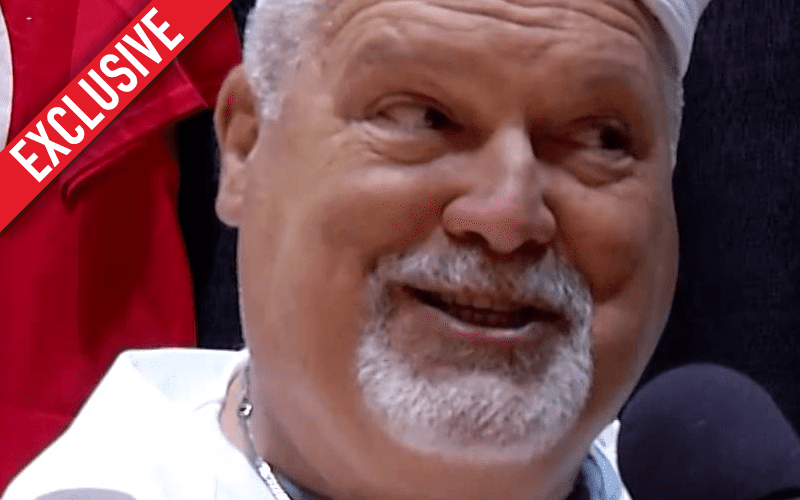 I got the chance to speak exclusively to Fred Ottman (Tug Boat) for Ringside News recently. Ottman discussed an array of topics while doing an autograph signing through Scott Wilder Promotions. Below are some highlights:

“I’m so happy for him because he his phenomenal. The whole family Dustin (Goldust) is phenomenal. He was a great amateur wrestler. I believe he was in limbo (in WWE), and wasn’t being used the way he should have been.”

“I think the best thing for him was so he could travel all over the world and wrestle people that do so many different techniques. This wrestling business is a constant learning curve, and he’s come out there and shown everybody. Now there are people that don’t want to wrestle for WWE and want to mimic his success. You know it’s not only leaving the big dog (WWE), be grateful for working for the best company in the world. He’s phenomenal. I’m happy for him and his wife, they’re doing great, he’s making good money. He’s awesome.”

Fred Ottman on wrestlers being able to sell themselves:

“Look at the event in Chicago, it sold out in like a half hour! That’s what wrestling is about. A lot of people talk and brag but how many seats have you sold? Are you riding the coattails of another superstar or were you good enough to SELL OUT yourself. I think thats a big deal as a wrestler.”

Fred Ottman on being a wrestling fan and who his WWE favorite superstars are:

“I’ve been watching the New Japan product. I love Lucha Underground. I don’t follow just one guy, there’s a whole bunch. Even on the WWE main roster. For me, as far as their card, I like Finn Balor alot. I like the new big guy Braun Strowman, he can talk. He can do a good promo. I haven’t personally met him, I wish I could. I heard he’s a really good guy.”