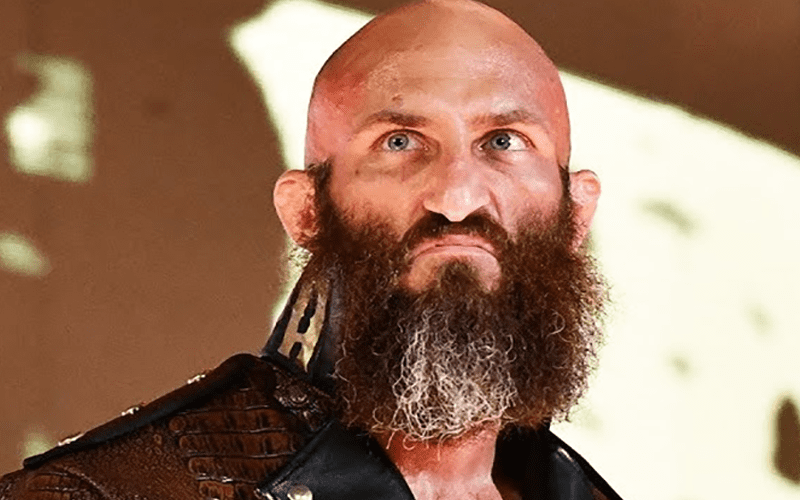 One of the most prominent heels as of late on WWE television is NXT Superstar Tommaso Ciampa, who is currently embroiled in an ongoing feud with former tag team partner Johnny Gargano.

The majority of the WWE Universe generally agree that Ciampa is one of the more old-school, classic heels in wrestling. This is for a number of reasons, such as his lack of entrance music, the way he conducts himself and the way he talks to WWE and their fans alike.

Ciampa has refused to let WWE Shop make or sell any merchandise related to his character. In the past, Ciampa has referenced his “Black Heart” design, denying the shop the rights to the design to sell to fans wanting to avidly support the vile heel. In fact, Ciampa doesn’t want fans cheering for him or supporting what he does. He has even said that he doesn’t want fans approaching him to talk to him, thank him, shake his hand or do anything that involves him. He wants to be left alone.

At NXT TakeOver: Chicago this past weekend, Ciampa fought Gargano in their second bout since this feud really kicked off last year. He walked to the ring for the Chicago Street Fight wearing a Marvel-inspired attire. WWE Shop liked the look, offering to sell the design to fans.

Naturally, one would expect a wrestler to agree to the deal, as they will receive profits from the sales. Ciampa was different, though. He took to his Twitter account to close all discussions, tweeting the shirt design and saying he wouldn’t allow it.

It is clear that “The Sicilian Psychopath” isn’t open to merchandising. This is once again showing Ciampa taking his heel persona to another level, like the days of old. He wants to be a true heel, one that fans will not get behind.

While Ciampa may be open to having merchandise in the future, it is clear that the former NXT Tag Team Champion isn’t making those million dollar moves Titus O’Neil loves to talk about.

Are you a fan of Ciampa? Do you like his strategy here? Sound off in the comments below.