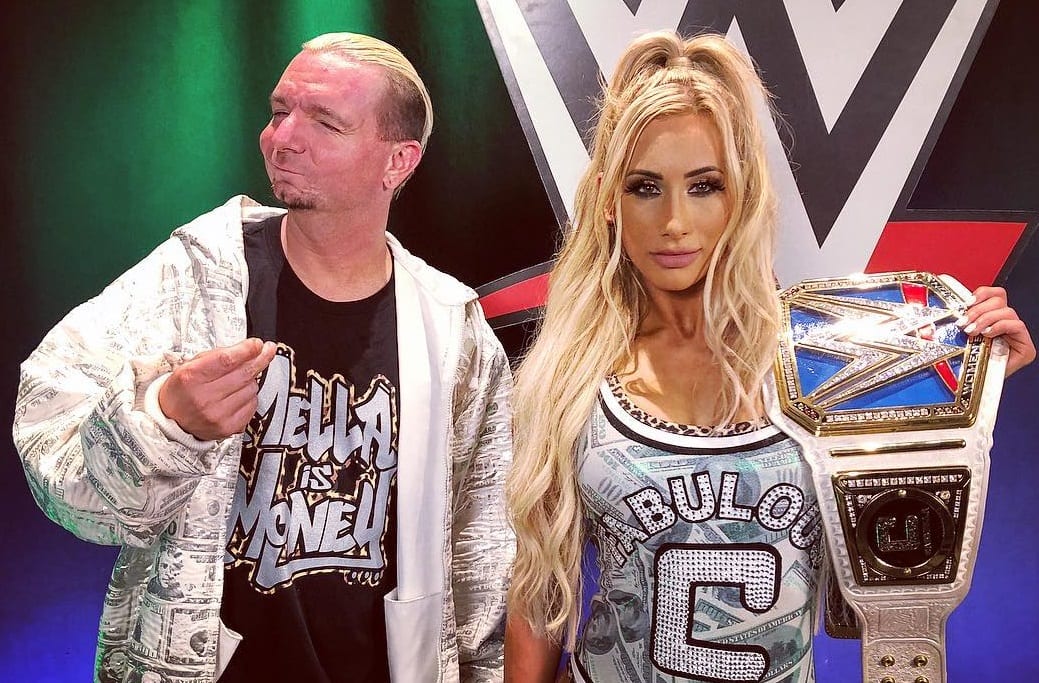 James Ellsworth appeared at Money In The Bank and it would have surprised us if we didn’t see it coming already. But it helped Carmella keep her SmackDown Women’s Title and that’s all that mattered to them.

PW Insider initially reported that Ellsworth would be back and Mike Johnson was happy to discuss this fact on PW Insider Elite. Now Asuka will be able to chase the title and beat up James Ellsworth along the way to get back her heat.

Although Johnson didn’t reveal much at this stage in the game, at least James Ellsworth is booked for SmackDown Live this week so it’s likely he could be sticking around.

James Ellsworth skipped out on a pretty big payday to work in China, so let’s hope WWE is able to offer him some kind of a deal. If anything it’s great to see James Ellsworth following around Carmella when he’s not on a leash.