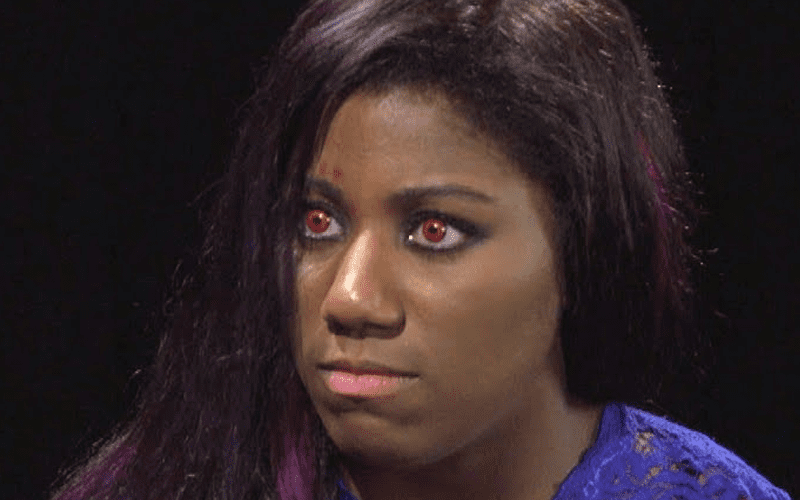 The War Goddess had quite a showing at last night’s Money in the Bank PPV, but wasn’t able to reach up and snag the briefcase. (Alexa Bliss received that honor.) However, that doesn’t stop Ember from being one of the premier superstars in a very popular women’s division. A few days ago, she did a Q&A with the New York Post, where she reveals getting bullied during her early days as a wrestling fan, but how she overcame all of that with hard work, dedication, and believing in herself.

When I was younger and I was a kid, I was bullied maliciously for being different, for liking video games, for liking wrestling. Just no one wanted to be around that. And so, I became like the reclusive person that kind of hung in the shadows and that became me, like I was kind of, for years, afraid to be me and ashamed of being me because so many people disliked me.

And just coming full circle, it’s like now everything that people doubted me on or like bullied me for — and that’s the word for it — I just kind of proved to be stronger than that. I proved to be better than that.

She goes on to talk about her training with Booker T, the origin of the Ember Moon character, the first stages of the Eclipse finisher, and life in Texas. Check out the full interview here.