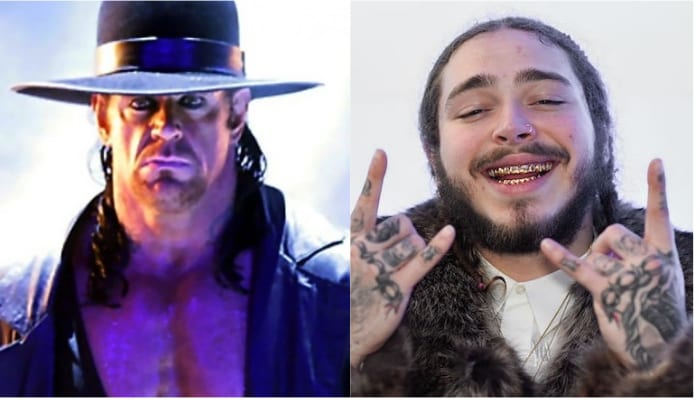 If you were wondering what The Undertaker was doing last night during NXT TakeOver: Chicago, apparently he wasn’t watching the show.

The Undertaker attended a large concert and even joined Post Malone on the stage where he assisted in them destroying some musical instruments.

Enzo Amore actually recently hung out with Post Malone recently as well and it looked like they were having a wonderful time. But nobody saw them smashing guitars like this.

You can tell by the audience’s reaction that they knew something very cool was happening even if they didn’t know who The Undertaker was.

The highlight of tonight’s @PostMalone show was WHEN HE BROUGHT THE UNDERTAKER OUT TO SMASH GUITARS BAH GAWD THAT’S THE UNDERTAKER’S MUSIC pic.twitter.com/EfAxA4I76W

i wish i was lying, The Undertaker just choke slammed @PostMalone pic.twitter.com/dVqxaOiGOn