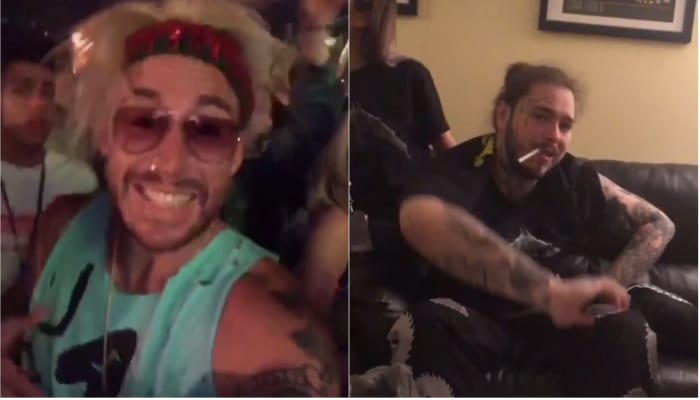 The awful investigation into the allegations against Enzo Amore was recently closed and Enzo is obviously excited about it. Before his WWE release, Amore was known for posing videos backstage at events and photos with celebs. Now it looks like since his legal issues are behind him, Enzo can get back to usual.

We previously reported how Enzo Amore announced his first public appearance in months where he will greet fans in Times Square. But it looks like Enzo also found the time to attend a concert in the meantime.

Amore recently posted an update to his Instagram story showing himself at a Post Malone concert and later on shared a short video hanging out backstage with the popular rapper.

There was also a design drawn on a towel that matches the signature on Amore’s driver’s license which he showed proudly. Apparently, Enzo Amore still hasn’t found the time to change that yet.