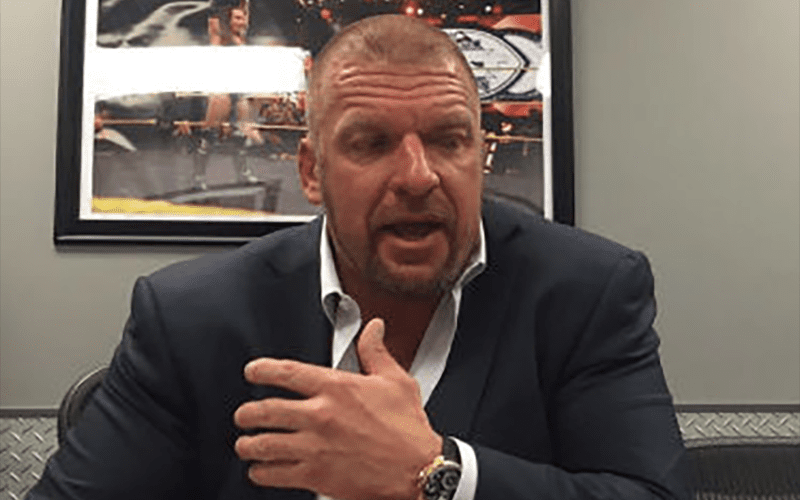 NXT TakeOver: Chicago had fans on their feet all night, from the opening bout that saw The Undisputed Era retain their NXT Tag Team Championship to the latest clash between the former #DIY members in Tommaso Ciampa and Johnny Gargano.

After the conclusion of the pay-per-view, and the Facebook Live interview with Triple H and Cathy Kelley, H took it upon himself to host a conference call. A number of interesting topics were discussed, so we have compiled the major topic points below.

On the controversial conclusion to Ciampa vs. Gargano, H said they did what was needed to be done to protect the health of their competitors. Since the bell never rang, Ciampa getting the pinfall victory over Gargano was legitimate. He also hinted that this rivalry isn’t over yet, as many fans expected him to say. He continued later in the show to put the storyline over and said it is great storytelling.

Hunter was asked if anyone at the Performance Center has surprised him and potentially got bigger than he thought they’d be. He noted Shayna Baszler, Velveteen Dream, Lars Sullivan and Bianca Belair are all improving tremendously.

Hunter expects big things from Keith Lee. He put him over. Judging from what Lee said on Twitter himself, it won’t be too long before he makes his official WWE debut. He previously worked at WrestleMania Axxess earlier this year but was still with EVOLVE at that time.

Next, Hunter was asked about Nikki Cross. Cross lost to Baszler during the night. This led to speculation she would now join the rest of SAnitY on the main roster. H said he doesn’t control the main roster. That said, she will eventually join her brethren on SmackDown Live when the time is right.

Hunter explains that the NXT roster is extremely deep right now. There are so many incredible talents that weren’t featured at TakeOver. He said he wishes he could have them go out the next night with a new card full of talent not used at the TakeOver show.

On Dream’s Hulk Hogan look for the night, Triple H was pleased and liked the creative and entertainment value in it. He also believes Dream was one of the better talents from the Tough Enough era and has an incredibly bright future in the wrestling industry.

Hunter said he evaluates the success of the show in a number of ways. One of these is through social media. Given that Jay Z and Beyonce dropped an album and TakeOver surpassed them as the number one trend worldwide, he believes there was a lot of love for the show.

When asked about why the WWE UK competitors are mentioned as WWE stars instead of being under the NXT umbrella, Hunter explained that they haven’t quite figured out what to label them yet. Due to business reasons, the brand has taken longer than he expected to start. He intimated that the brands will be similar to that of a territory system.

Hunter ended the call by explaining that longevity and making money are key features of success. Making it to WWE is the ‘WOW.’ He said there is no “deserve” in WWE. Some people who are considered Hall of Famers were never “the guy” or even passed the middle card in WWE- but fans today don’t believe mid-carders could be Hall of Famers or they get screwed by booking. Any talent that makes it to the main roster isn’t failing, they are succeeding.

What are your thoughts overall on what Triple H had to say? Sound off in the comments below.