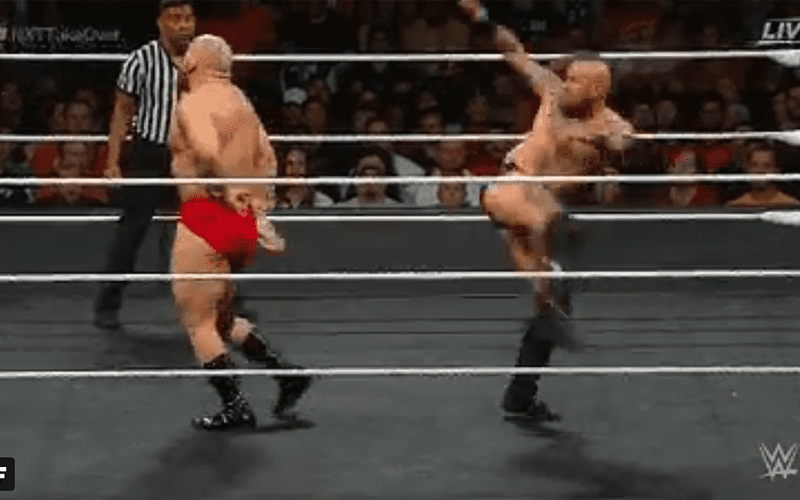 Near the end of the match between Aleister Black vs. Lars Sullivan, Black completely missed hitting Sullivan with the Black Mass and then Sullivan sold it as if he had been hit.

WWE.com actually acknowledged the miscue in their recap of the match:

“The two went back and forth with Aleister surviving a diving headbutt from The Freak and then grazing Sullivan with the Black Mass from out of nowhere. Black didn’t get all of it, though, which allowed Sullivan to kick out. Lars rallied from there and nailed The Dutch Destroyer with the Freak Accident, but the NXT Champion persevered, connecting with two more devastating Black Masses.

“The second strike was enough to put Sullivan down and keep him there, but rest assured The Freak will rise again.”