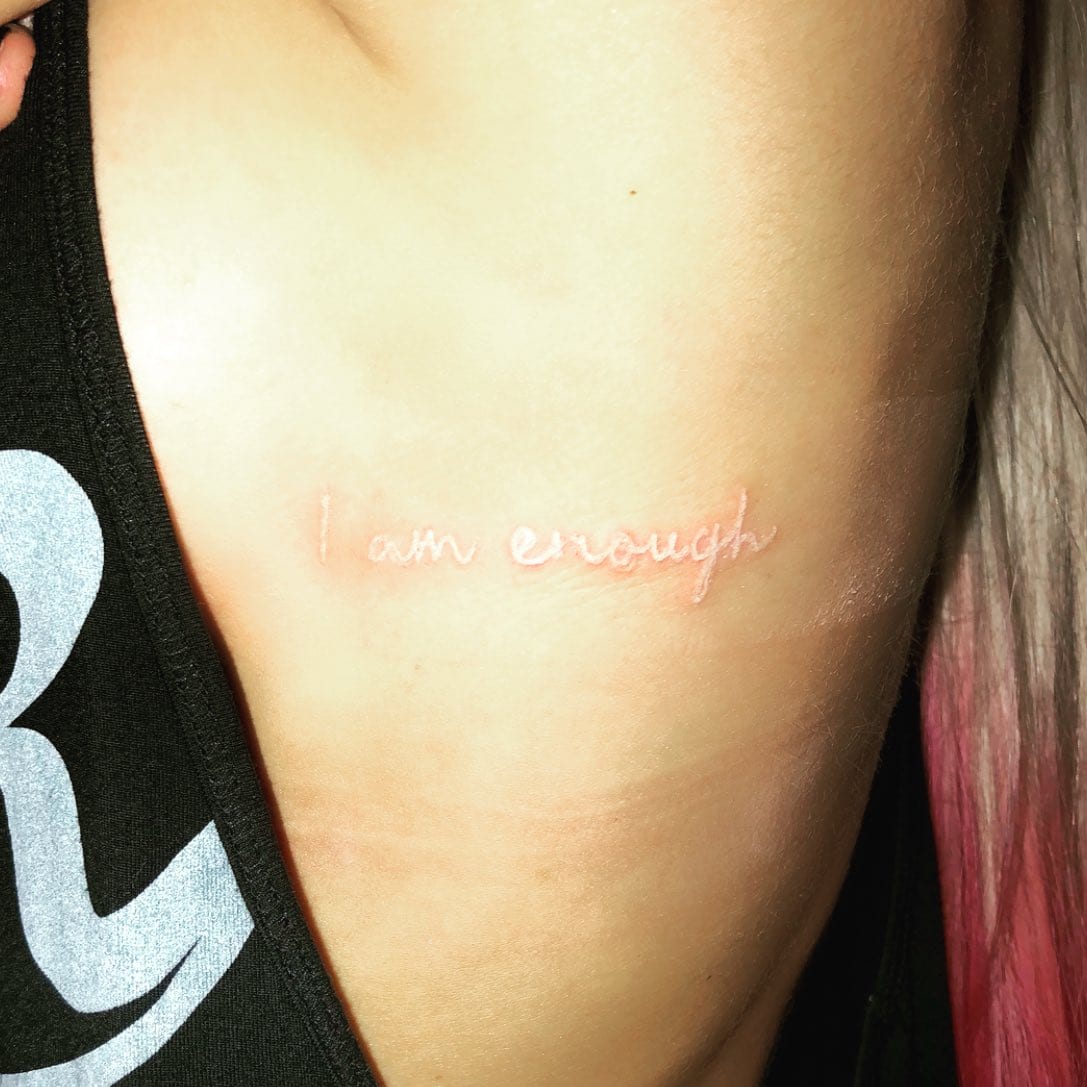 Alexa Bliss recently got some ink and it’s a pretty neat little tattoo with white ink. The only issue is she has a pretty brutal Money In The Bank match only a couple of days away.

Her new tattoo says: “I am enough” which is a nice sentiment to get tattooed on herself. The only real issue is the timing of when she got it done.

She commented how her new tattoo is still red and swollen which means it’s far from being fully healed. Hopefully, she’ll be able to keep it protected during the ladder match.

Since this new tattoo is in white ink it’s likely that it won’t change anything when it comes to merchandising where her image is used of any future action figures. It’s also likely to be hidden by her ring gear too. So congratulations to Alexa Bliss on her new ink.

Still red and swollen … but means so much to me “ I am enough “ 🖤 pic.twitter.com/Rw6UacbdLX