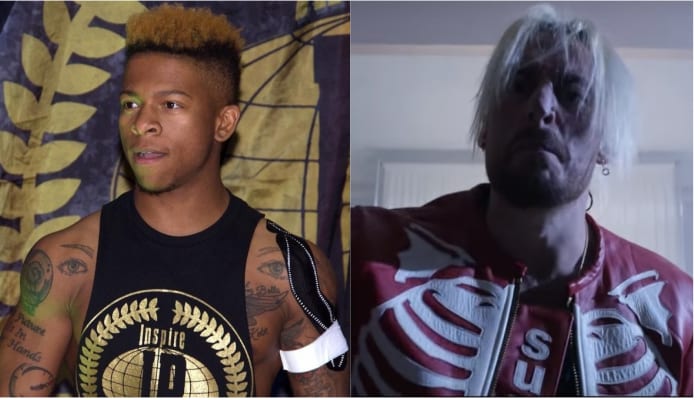 Lio Rush is headed to 205 Live and he already has his goal set to topple the Cruiserweight Champion Cedric Alexander.

Rush and Alexander have thrown barbs at each other a few times in the past week or so but one response from Cedric was quite interesting. Lio Rush wants to be a rapper and recently released a single called “Money Money” but there is another guy who was on 205 Live that wanted to be a rapper too named Enzo Amore and Cedirc hasn’t forgotten about him either. He warned Rush that he didn’t want to end up like Enzo Amore and it was a pretty clever shot.

So far Real1 hasn’t replied to this current Cruiserweight rivalry, but it’s very interesting how Lio Rush ended up just getting a warning from Alexander to not be like Enzo Amore, for now.

Lio Rush also seemed to rather enjoy the little dig at Enzo Amore too. But it might not be funny when Lio finally arrives in NXT coming for Cedric Alexander’s title.

You talking reckless buddy boy 😂. No worries though. Just know WE watching and when that time come, you gonna have to #PayUp . https://t.co/pW0rf3gi4G