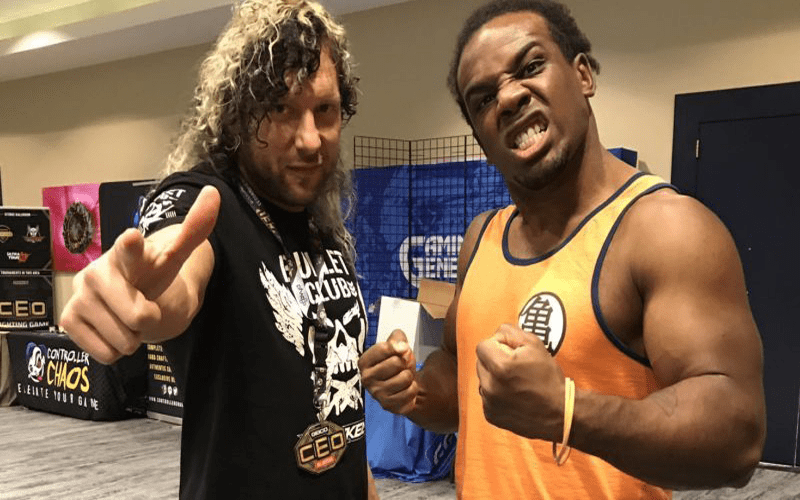 The New Day and The Elite have been all around E3 this week, with Xavier Woods being announced for a Konami franchise and The New Day entering in hilarious fashion at the Fortnite Pro-Am Tournament. Now the stage is set for the two groups to meet at the Capcom booth to settle their timeless battle, as Kenny Omega takes on Woods in Street Fighter.

Over the past couple of weeks, Omega and Woods have taken shots at one another on Twitter. This was in regards to their ongoing rivalry in the Street Fighter franchise. On separate occasions in the past, Woods and Omega have beat one another once. The stage is set today for the two rivals to meet in the rubber match, to determine who is the King of Street Fighter.

The two will meet today at 4pm EST/1pm PST. You will be able to watch the Superstars fight live on Twitch and the UpUpDownDown and Capcom Fighters YouTube channels. Click on any of the respective names to find the streams.

Additionally, as you may have heard already, WWE has mentioned The Elite in a WWE Now video leading up to the fight today.

Also of note, Woods earned $10,000 for Connor’s Cure during his stay in the Fortnite Pro Am Tournament.

Who do you predict wins? Who are you rooting for? Sound off in the comments below.