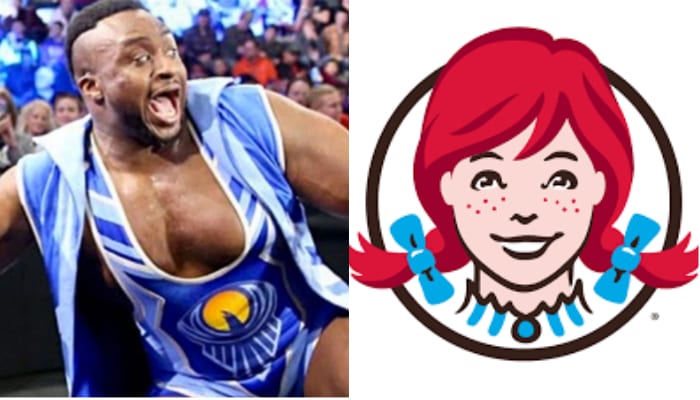 It seems that plenty of people know who pro wrestlers are nowadays including the people who run the social media accounts for a couple of popular restaurants. Britt Baker recently decided to take a pit stop at a Cracker Barrel while on the road and snapped a picture in one of thier rocking chairs. While wearing her All In t-shirt she looked like one of The Elite.

The All In Twitter account chimed in and a couple of days later Cracker Barrel responded themselves telling her to give Kenny Omega their congratulations for winning the IWGP Heavyweight Championship.

This was all well and good until Big E noticed Cracker Barrel’s tweet and responded saying: “Is it a requirement to have gone to a PWG show to run a national restaurant chain’s social media? Or just strongly suggested?” After that, Wendy’s Twitter account replied which started a pretty great back and forth.

As you can see from the tweet below the conversation was going pretty well until Big E admitted to stealing cheeseburgers when he was younger and working at the squared burger franchise.

The Doctor is ALL IN

The road to September 1st includes a lot of @CrackerBarrel stops! https://t.co/W8SFbryK1U

And they'll all be #YAllIn for #AllIn. And tell @KennyOmegamanX congrats on his win at #NJPWDominion. Bring him in for some celebratory pancakes. Or would that be gimmick infringement on @WWEBigE? https://t.co/3p07dTM0IS

Is it a requirement to have gone to a PWG show to run a national restaurant chain’s social media? Or just strongly suggested? https://t.co/P8fGmQtrEO

There was a specific slot on the application that asked "how many indie wrestlers can you name without googling them?"

By the time we got to the roster of Kaiju Big Battel, they said we had the job.

We just had Burger Bear on the mind. We do love a good meaty wrestler though.