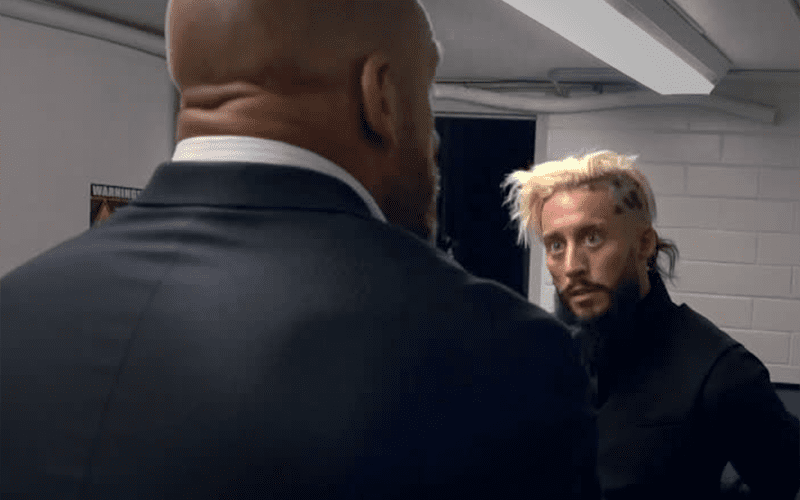 While appearing on the Store Horsemen podcast, Enzo Amore recalled his time in WWE when the company was on the verge of turning heel and The Miz called him out for all his dirty backstage laundry.

Enzo mentioned that he had one of the greatest promos he had ever wrote but it was rejected and Triple H told Enzo that he better stick the script if he wants to keep his job.

“If you guys ever saw a segment with a Miz…I found out that day that I was pretty much turning heel…so I had to stick to the script. And he aired out all my dirty backstage laundry and I had to sit there and take it on the chin and I couldn’t say or rebuttal at all. I was backstage, I wrote the most tremendous promo of my life, which would have saved me as a babyface if I would have gotten the microphone. So I was in the midst of turning heel but they didn’t want to tell me that, per say, per say. For the first time they come to me and say ‘no, you can’t say anything. You have to read this verbatim.’ And I’m backstage losing my sh*t, and Hunter comes up to me and was like ‘you say what’s on that script if you wanna keep your job.’ And they didn’t tell me I was turning heel so I get it, but at the time and in the moment, I was like f*ck this man I’m quitting.”

(H/T to WrestleZone for the above quote)