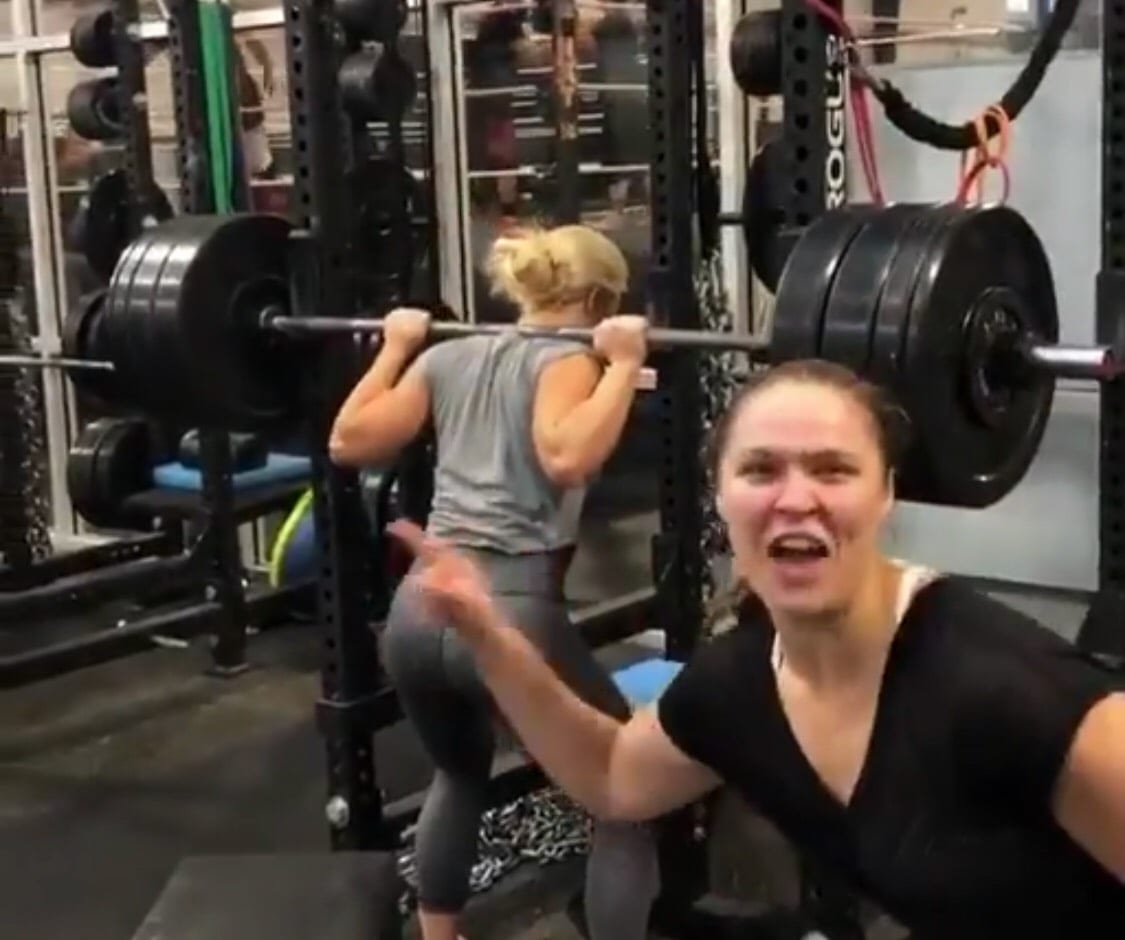 Mandy Rose is getting a push from WWE for a reason. Since day one she’s been compared to Trish Stratus so much so that the WWE Hall Of Famer actually once mistook Rose for herself.

But Mandy is working hard to prove she has what it takes in the ring when she has a chance to show what she can do. She recently updated fans with a video of her doing a box squat which is something she says she hasn’t done in a while.

Ronda Rousey was on hand as well to add some motivation and comedic relief. As you can see, Rousey pops into the video for a second as well to let us know Mandy Rose is squatting 305 pounds.

Rose looks good squatting all that weight but the extra motivation from Ronda Rousey probably really helped out a lot as well.

Haven’t box squatted in awhile … #Stillgotit 😏 Thanks for pushing me today Sean Hayes & with some extra motivation from @RondaRousey 😅💪🏼 #305lbs pic.twitter.com/6OP0JlPx5y