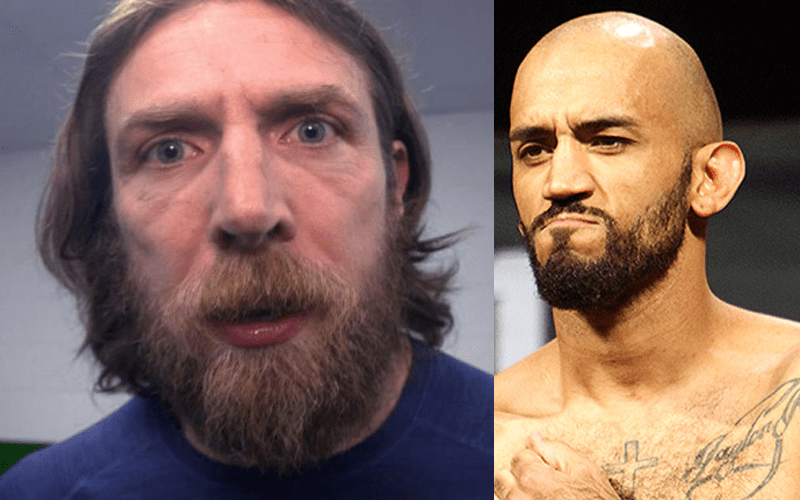 We reported yesterday that SmackDown Live Superstar Daniel Bryan claimed he could beat UFC star Mike Jackson in a fight yesterday. Jackson has now responded to Bryan, setting the stage for a future bout.

Jackson has been in the news recently, as he defeated CM Punk at UFC 225 in Chicago, likely ending both his and Punk’s careers in the promotion.

During a live stream alongside The Bella Twins on Instagram, Bryan had said he believes he could beat Jackson in a fight if he could get Jackson to the ground. However, this would only be if WWE let him compete in the UFC.

In the video below, you can hear what Bryan had to say.

In a statement to Fan Sided, Jackson claimed he had no reservations in punching Bryan in the face, showing intentions of wanting to beat Bryan worse than he did Punk.

“Look Daniel Bryan; I will do you worse than I did your man Punk because I will have no reservations in punching this guy in the face 100-percent. And at will.”

He followed this up with a tweet directed at Bryan about the potential fight.

Hey, @WWEDanielBryan, don’t let your mouth write a check your ass can’t cash. You don’t want to get potatoed like your mans did at #UFC225. https://t.co/5ODbOgXhZ5

If these two were to meet in a fight, do you believe Bryan would go 1-0, or would Jackson make it to 2-1? Sound off in the comments below!