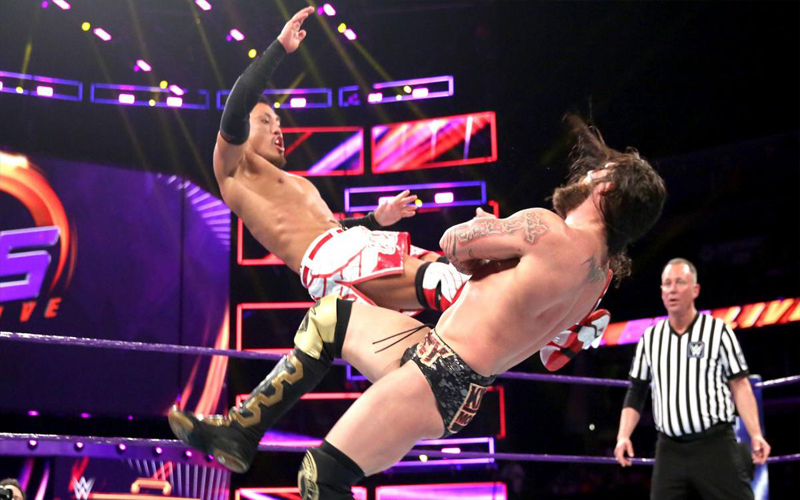 During 205 Live last night, former WWE Cruiserweight Champion Akira Tozawa took on an enhancement talent not employed by WWE. The identity of that wrestler has now been revealed.

205 Live was electric last night, as The Lucha House Party defeated Jack Gallagher, Drew Gulak and Brian Kendrick, as Mustafa Ali defeated Tony Nese in the main event. Between both of those matches, Tozawa had a brief match against a local wrestler.

That wrestler, on 205 Live, was named Steve Irby. Irby was defeated in a matter of seconds by the former Champion, who is on a path of redemption after being defeated by his former tag team partner, Hideo Itami.

Irby was played by Joey Lynch. Lynch may be a familiar name to some people, as he is both a student and wrestler at RAW Superstar Heath Slater’s “Face 2 Face” wrestling school in Morrow, GA.

Lynch calls himself the king of the Moonsault and is one half of The Lynch Mob. He was also a member of the conga line for No Way Jose’s match against Curt Hawkins the night prior on RAW.

Check out the tweets below, showing Lynch on both RAW and 205 Live.