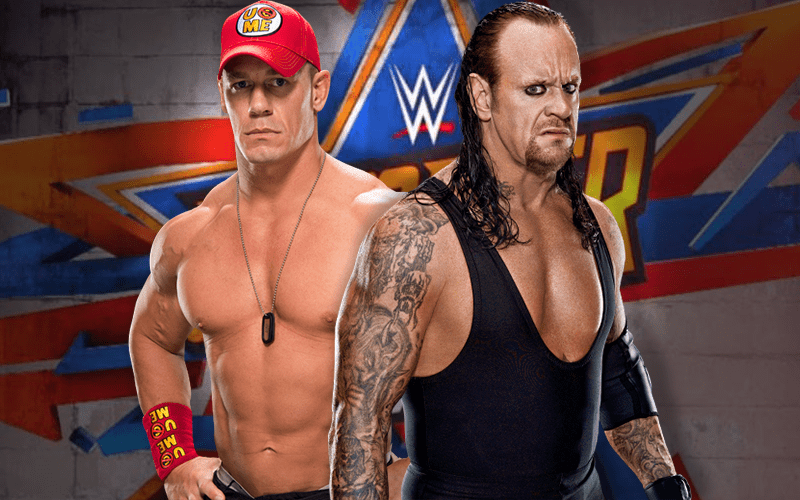 The Undertaker returned to the Greatest Royal Rumble after squashing John Cena earlier in the month of April. He looked good and did way more with Rusev than he did with Cena in New Orleans as he won his second match in such a short time.

Taker is also booked for the upcoming MSG show as well which is a sign he’s feeling better. With SummerSlam coming up soon a lot of fans are wondering if there’s a shot at seeing the Dead Man once again in 2018.

Cage Side Seats says it’s much more likely we’ll see The Undertaker at SummerSlam than his WrestleMania opponent John Cena. They posted this on their rumor mill section so take that for what it’s worth but it makes sense.

Cena is going to be plenty busy with other projects around that time and it might be even harder to get Cena back on a regular basis especially with the release of Bumblebee in December.

Therefore it looks like there’s a much better chance we’ll be seeing The Undertaker wrestle a match at SummerSlam this year than John Cena.