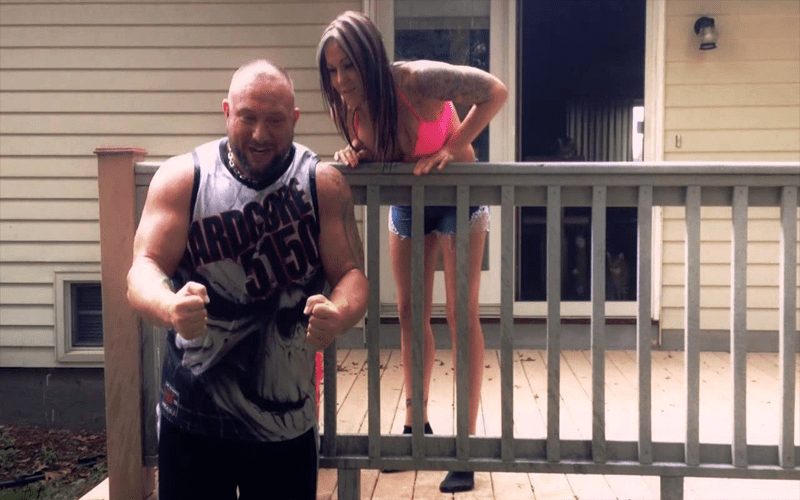 WWE Hall of Famer Bubba Ray Dudley and former Impact Knockout Velvet Sky have been in a relationship for years now, but it seems one of their bedside arguments made it’s way to the internet.

It all kicked off on Twitter, as Dudley sent out a tweet. In the tweet, Dudley explained that even after being a professional wrestler for 27 years, he feels sleeping next to Velvet Sky is more dangerous.

After 27yrs of being a pro wrestler and all the crazy stuff I’ve done in a ring, I can honestly say, there is nothing more dangerous than sleeping next to @VelVelHoller and her middle of the night flying headbutts. pic.twitter.com/ugue3t4LCN

This ultimately led to Sky herself responding. According to her, Dudley is more dangerous in the bedroom- with his blind flying elbow as they sleep.

More like your blind flying elbow to the side of my damn head!!! Thanks for the pre sleep concussion. #tf

To end the interaction, Dudley responded to Sky. According to the ECW original, Sky’s headbutts are stiffer than a chair shot by Balls Mahoney and a Swanton Bomb by current WWE United States Champion Jeff Hardy.

Your headbutts are stiffer than a Balls chair shot and Jeffs Swanton….learn how to work in your sleep…brother. #brokenelbow https://t.co/itcKgrowFr

We think it’s safe to say Dudley was probably sleeping on the couch after that remark.