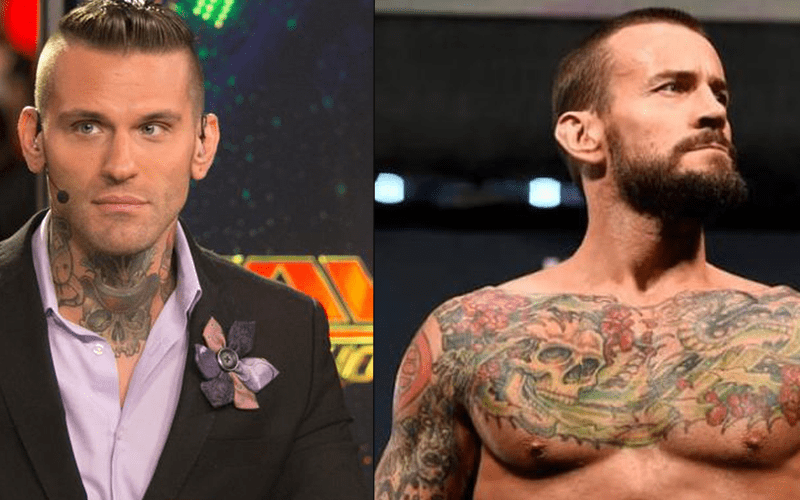 A former WWE executive has fired back at comments made by WWE announcer Corey Graves following CM Punk’s loss against Mike Jackson at UFC 225 in Chicago.

Lou D’Angeli was the Director of Marketing with World Wrestling Entertainment for four years but is no longer with the company. In light of the controversial comments made by Graves, who has since explained the meaning behind them, D’Angeli was forced to respond.

Never been prouder to chant my brothers name. Thank you @cmpunk for showing everyone that no matter what….no matter what…you can live your dreams x 10. #UFC225 @ufc

99.9% of the time I don’t care about what people say about my brothers and sisters cause I know the truth and the ❤️ I have for them is unmatched. I’m so sad that @WWEGraves is so uncomfortable and distraught in his life that he targeted @CMPunk tonight.

…I have never met @WWEGraves to my knowledge and that’s not me being sarcastic. I have heard good things about him. It’s sad to me to take advantage of someone online like Corey has done to @CMPunk.

…finally…@CMPunk, at 39, has pursued a dream and achieved it. In the “umbrella” messaging of the world…that should be celebrated and tonight the people that truly know him will celebrate. The ones he took care of when they were broken have forgotten the word “pals” ✌️

FYI. I have no further comment on @CMPunk and @WWEGraves. My tweets are from the heart and I have nothing else to say. Please don’t ask. Thanks all!

This ultimately led to Graves himself responding to the former Director of Marketing, attempting to explain in one tweet what he had said in further detail during his former series of comments.

Dude, I’m far from distraught. I’m in a good place. I’m just really bummed that I had a true friend turn his back on me for no other reason than the company that employs me.

Where do you stand on this?