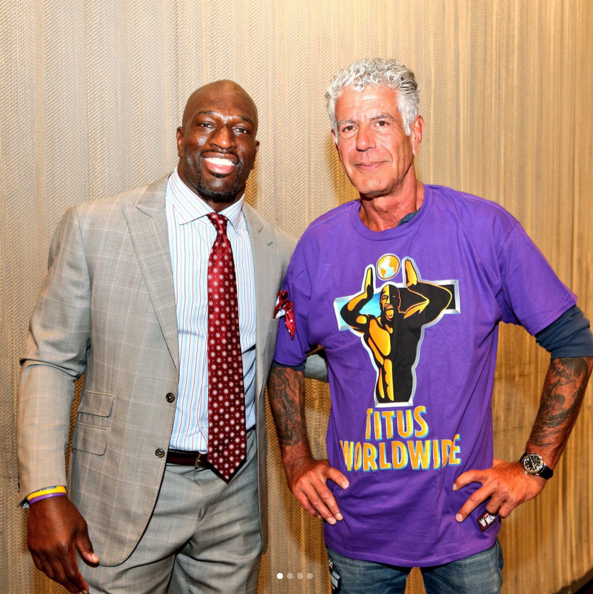 Famed TV personality, author, and award winning chef Anthony Bourdain was found dead this morning at his hotel in France. He was 61. The death was an apparent suicide, although officials are investigating the matter fully.

Bourdain was more than all of his accolades listed above. He was a father, and a genuinely kind human being who’s show Parts Unknown was all about exploring the cultures, delicacies, and cuisines around the world, and bringing a sense of world view experience to not only share his adventures, but teach his audience.

He was also a big WWE fan, and even joined Titus WorldWide for a Raw Fallout Angle. Titus and Bourdain apparently grew quite close.

I was a great fan and admirer of Bourdain myself.

From all of us here at Ringside, thoughts and prayers to the family and friends after this disheartening tragedy.