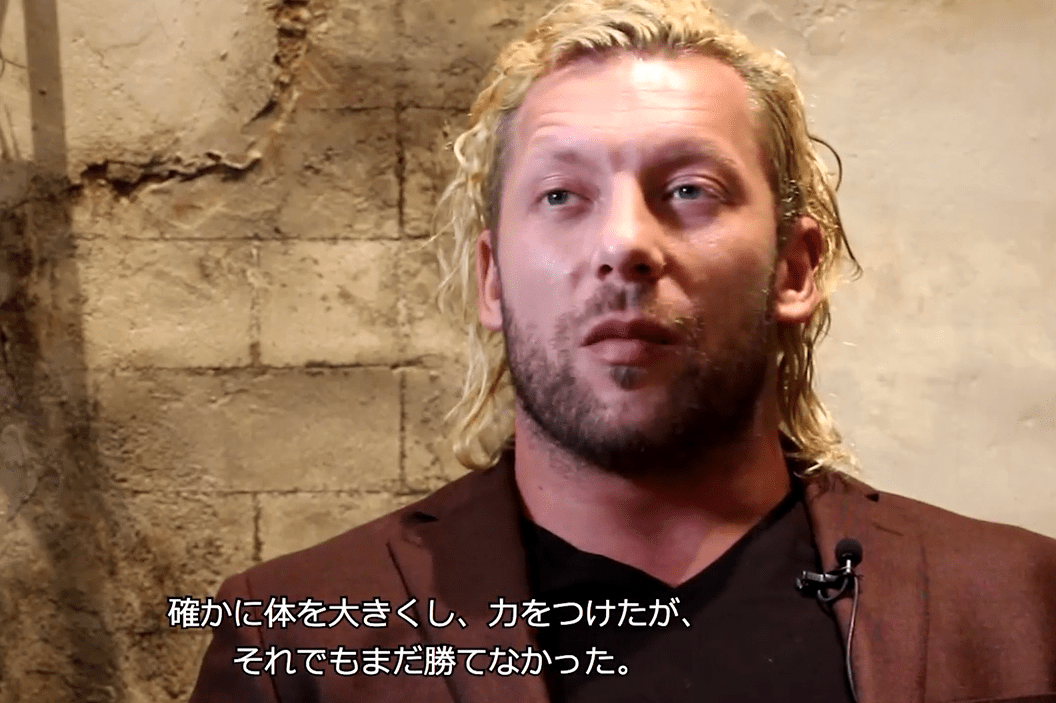 The Cleaner has been having a wild 2018 thus far: He clashed with the incredible Chris Jericho at the Tokyo Dome in a hellacious brawl for the IWGP United States Championship, lost said championship a couple months later to Jay White, reunited with longtime partner in crime Kota Ibushi, went to war with his former brothers in the Bullet Club, and had a pretty serious showdown with Cody Rhodes in a blood feud that altered his relationship with the Young Bucks and the rest of B.C. forever.

Now…on the eve of Dominion…things are about to be taken to a whole new level.

Kenny Omega’s 2-out of-3 falls no time limit bout with Kazuchika Okada has been one of the more anticipated matchups in New Japan’s history. How could it not be? Both are highly recognized as two of the very best wrestling performers in the world, and neither of them disagree with that label. However, it is Kenny who believes there is a huge distinction between the two, and he brings it up in a new interview with NJPW.

You may be the best wrestler on the planet and I’ll admit it, you are. You’re the best and it’s not even an opinion thing anymore, this is something that you’ve proven. But you can’t say you’re the best performer. That goes to me. And if we’re going to move this thing forward, if we’re gonna cause this revolution of professional wrestling and make this something worldwide and something cool. We can’t just have the best natural pro wrestler steering the ship. We need someone who captures the imagination. Who captures the heart. We need a performer and a showman, which is why I’m doing everything I can in my power to overtake you’re natural wrestling ability.