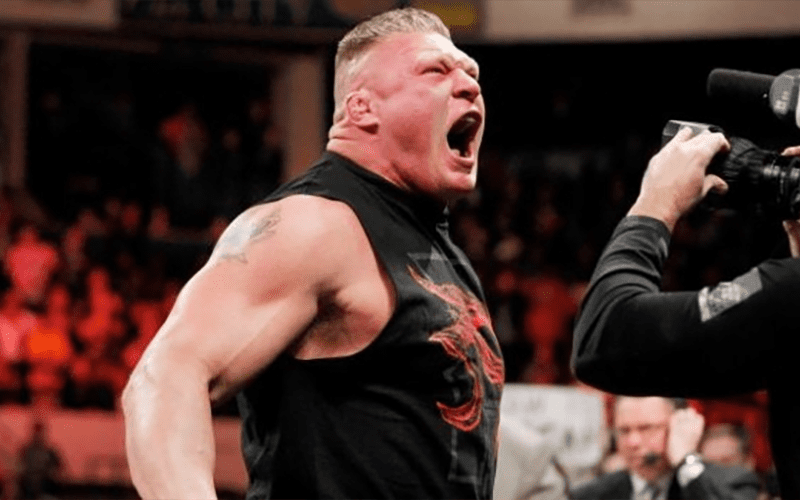 Justin Barrasso of Sports Illustrated reports Brock Lesnar is expected to drop the WWE Universal Championship title either before or at SummerSlam.

Barrasso also indicated that when that does happen, it could strong indication that he’s could be out of the company.

According to sources close to WWE, Lesnar is widely expected to drop the belt, at the latest, by SummerSlam. Because Lesnar’s new contract pays him by the fight, dropping the belt could signal the end of his time in WWE.

Lesnar is not scheduled for next week’s Money in the Bank event, so that means he will drop the title at either Extreme Rules in July or SummerSlam in August. Rumored opponents for those events are Braun Strowman and Roman Reigns.

We will keep you updated if we receive additional information on Lesnar’s status.