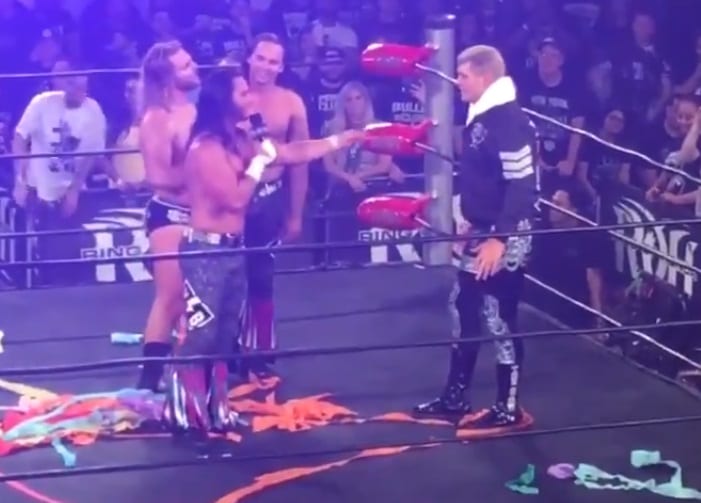 It’s kind of funny that earlier in the night Cody Rhodes was trolling the NYC crowd saying that they would never hold All In in a dump of a town like New York City. But later on, it sounded like things changed.

Cody Rhodes and The Young Bucks were in the ring during ROH’s show in the Hammerstein Ballroom where All In 2 was brought up. They said the world-famous ballroom might not be big enough to hold the next All In show but Madison Square Garden is just a few blocks away.

It sounded like the NYC crowd really liked the idea of holding an All In show in New York City. So you never know if All In on September 1st, 2018 might just be the first of many.