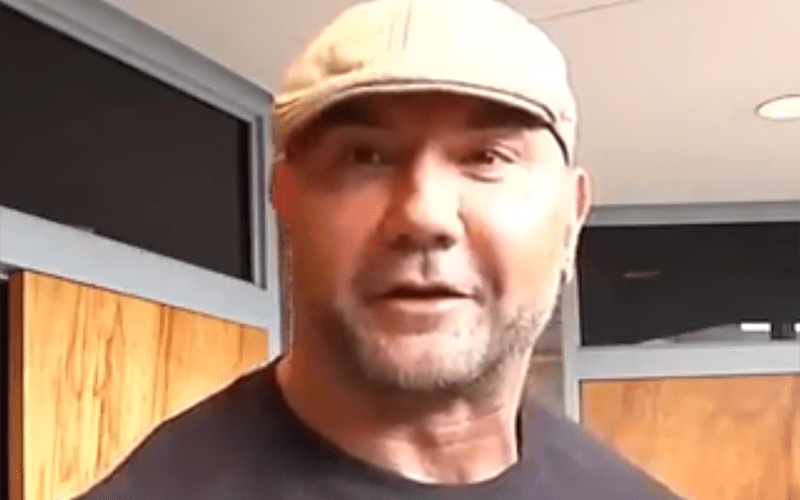 The Animal is still busy raking in the big bucks from his Marvel adventures playing Drax the Destroyer, and his presence in the WWE is slowly becoming a distant memory. Batista will always hold a special place in the hearts of a lot of the wrestle-verse for bringing some incredibly memorable moments throughout his run in sports entertainment.

However, just because he’s not showing up on Raw on a weekly basis doesn’t mean he isn’t still keeping up with the product himself. In a recent Tweet, Batista responded to Wrestling Sheet’s Ryan Satin when the latter mentioned how much Dolph Ziggler’s Raw attire looked like Owen Wilson’s character Hansel from the hit comedy Zoolander. Ziggler received quite an endorsement from the star of the upcoming Hotel Artemis as well.

That Hansel’s so hot right now! … sorry I could resist! PS.. Dolph was always one of my favorite guys to work with and IMO a totally misused talent. Just my 2 cents https://t.co/BtgiIA3tf9

Ziggler is certainly being utilized much better as of recently, and his partnership with Drew McIntyre is a big reason for his recent resurgence.

How we feeling about Dolph these days Ringside?