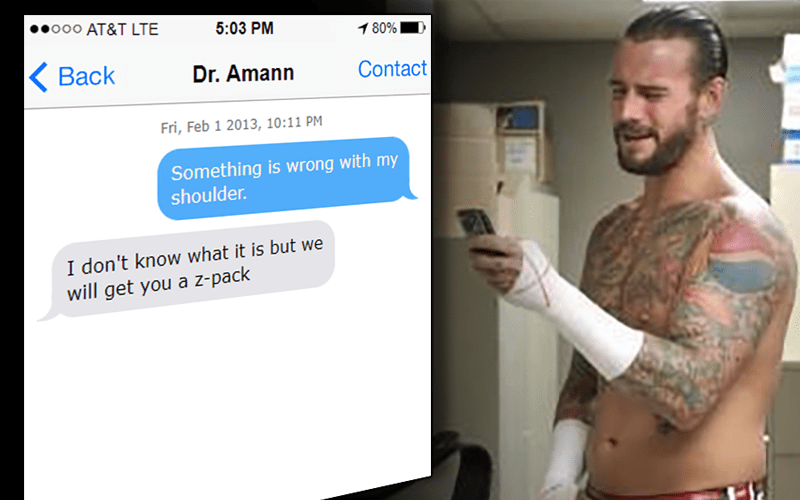 The court case between CM Punk and WWE’s doctor Chris Amann is ongoing and it looks like they’re starting to reveal some very interesting information. They spent a lot of time yesterday listening to the Art Of Wrestling Podcast featuring Punk which is the root of this entire case. CM Punk was said to have enjoyed that a little bit as a smile was reportedly on his face during their listening session.

WrestleZone reports that almost 2 months worth of emails and texts concerning Punk’s medical problems were shown at the trial today. From November to mid-December 2014, CM Punk was complaining about headaches causing him to say: “My head is killing me. Why do I have these headaches?”

It was said that Amann was called to focus on CM Punk during the 2014 Royal Rumble match when Punk was complaining about seeing “zig-zags/squiggly lines” after taking a clothesline from Kofi Kingston. The call was made to pull Punk from the match because Amann thought he had a concussion but CM Punk refused to leave.

Then, later on, Kane eliminated him anyway and chokeslammed him through a table for good measure. Other emails revealed that CM Punk was complaining about fatigue, nausea, diarrhea, days of vomit, headaches and other symptoms but he was still cleared to compete in the match.

As this case continues we’re sure to get plenty more information but at this time it’s certainly getting interesting.