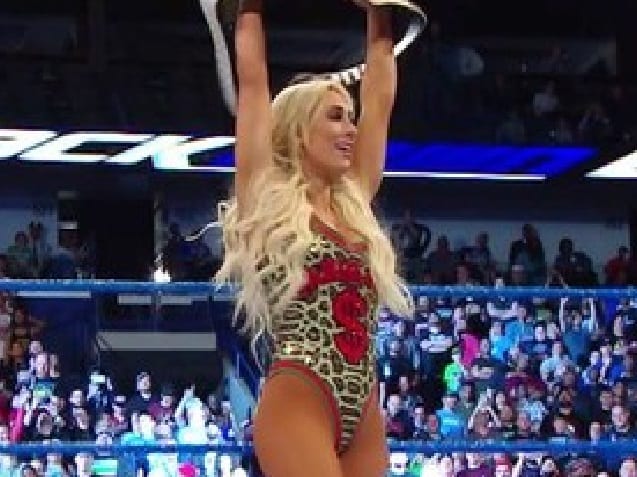 Carmella is the top female on SmackDown Live and she’s loving life at this point as champion. But her upcoming match against Asuka in Chicago might turn her smile around. Some fans have noticed at this point how WWE isn’t really featuring their champion in actual matches on the Blue Brand leading some to wonder what’s going on.

Bryan Alvarez was asked during Wrestling Observer Live why Carmella isn’t featured in many matches and he had a very frank response to this question.

“It’s because she’s not very good. I mean they don’t have Lana wrestle very often so yeah, put her in the ring with Asuka.”

It looks like WWE might need to either surround Carmella with someone who can protect her or The Princess Of Staten Island’s time with the SmackDown Women’s Championship might be coming to an end.

How do you think they’ll book Carmella’s match at Money In The Bank?