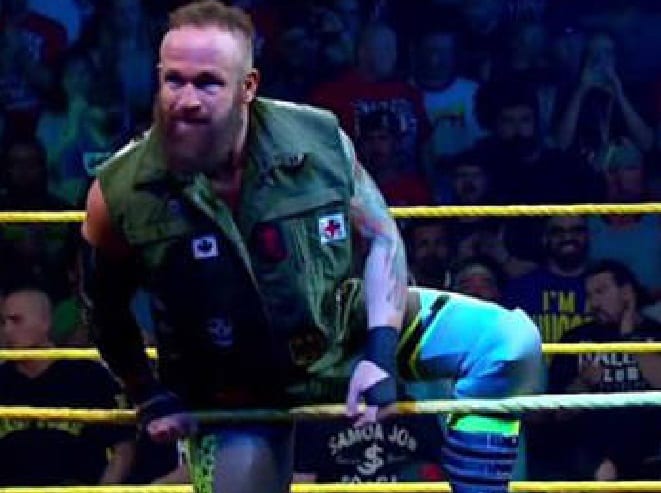 We really don’t know what to think about SAnitY at this point. The foursome is now a trio as Eric Young, Killian Dane, and Alexander Wolfe was called up together but fans still haven’t seen their eventual return.

While a Money In The Bank debut isn’t out of the cards, it would be much more plausible if there was a statement they could make like invading a Tag Team MITB match. But of course, WWE seemed to change their minds about holding a third Money In The Bank ladder match this year.

But no matter if WWE has changed their minds or even if Vince McMahon has soured on SAnitY, it looks like they’re still on the way. After all, good things come to those who wait.

Eric Young recently sent out an Instagram message saying: “Be prepared for what you think you know will only make things worse. Be on the right side of things. Change is imminent.”

It looks like Young is hyping SAnitY’s debut however he can, even if WWE won’t give them much more fanfare.