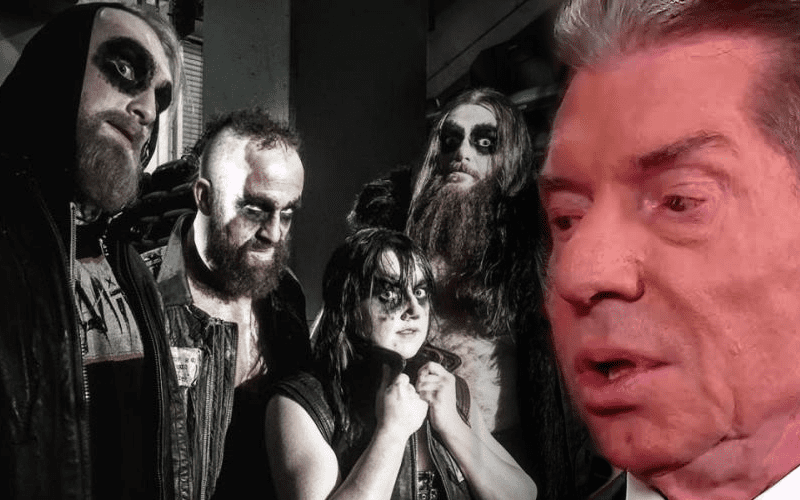 SAnitY was called up to SmackDown Live during the Superstar Shake-Up and so far they haven’t done anything on the main roster yet except for air a couple promos.

Dave Meltzer started discussing SAnity on Wrestling Observer Radio when he said that in the end, it might be hard to work with a group like Eric Youg, Alexander Wolfe, and Killian Dane.

“I don’t know what you’d do with them. I mean Killian Dane is pretty good on an NXT level I worry about him on the main level and Eric Young and Alexander Wolfe man I don’t know.”

“It’s not that Eric Young isn’t good because he is I just don’t know if they’re going to push him on the main roster. I don’t know if Vince will see it. I don’t know what Vince will especially see in Alexander Wolfe. But who knows, maybe he’ll like the gimmick but if he liked the gimmick that much we would probably be seeing bigger pushes for them right now.”

Hopefully, the will be able to figure out a place for SAnitY on SmackDown Live and it’s not another case of calling people up before WWE is really ready for them.