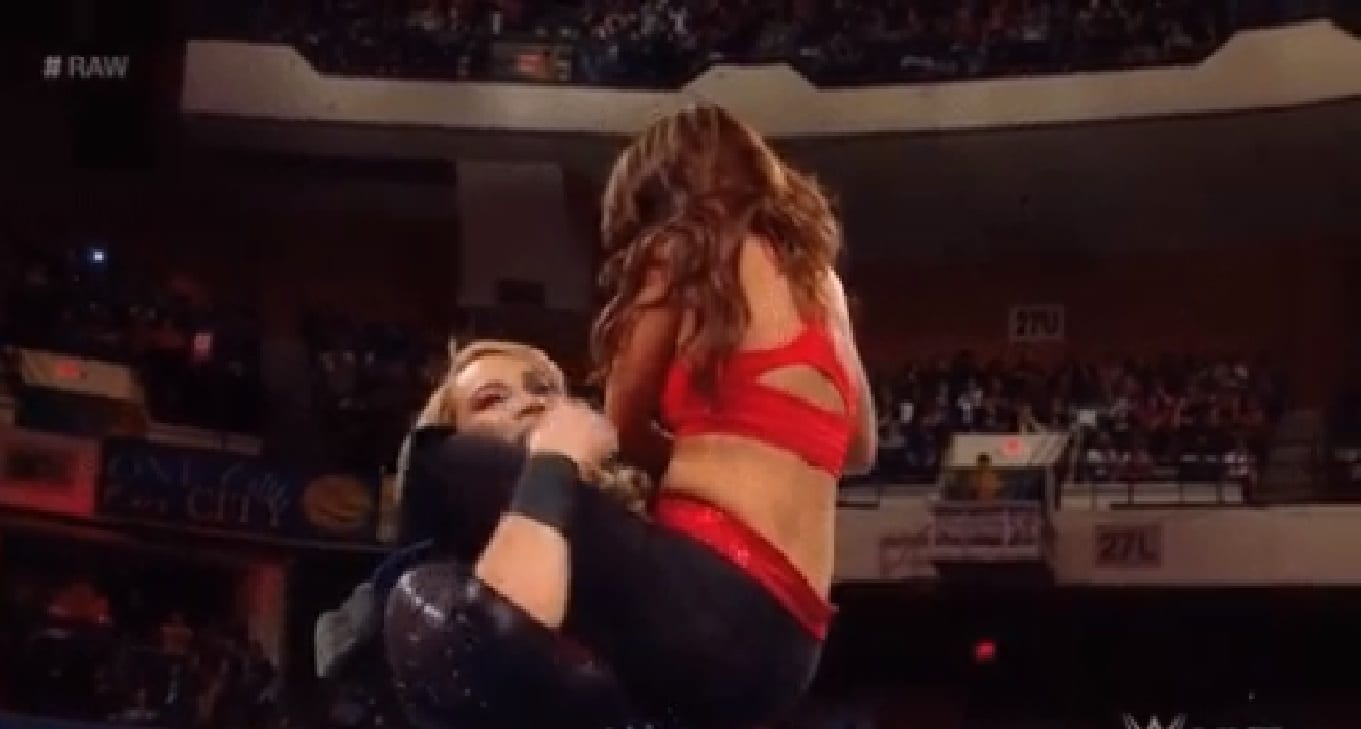 Nia Jax went down to the ring this week to prove a point and dissect an enhancement talent called Michelle Webb who was supposed to be a judo champion.

The "ARMBAR" doesn't exactly do much to @NiaJaxWWE… #RAW pic.twitter.com/IyKsgZHpXJ

In reality, Webb’s actual pro wrestling name is Madi Maxx. Maxx is a Texas native and works indie shows around the circuit.

WWE giving her a fake name like Michelle Webb is just another example of how they don’t want someone to get over on the indies using the name they can promote on their own which is much the same reason why James Ellsworth’s name hasn’t been dropped on WWE television since his release sometimes totally editing him out of Carmella’s MITB wins.