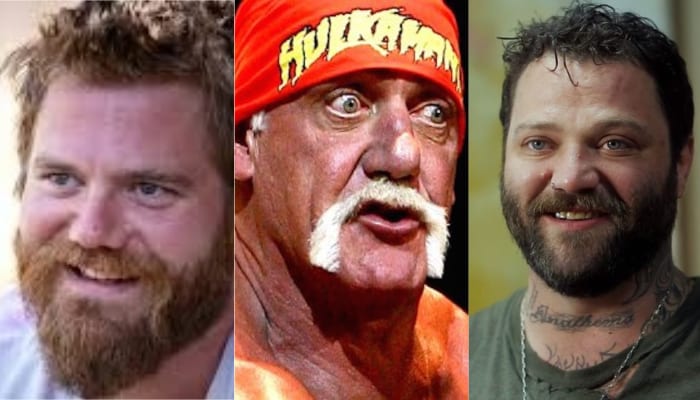 Jackass star Ryan Dunn’s life tragically ended way too soon on June 20th, 2011 when he was involved in an automobile accident. While Hulk Hogan misses Ryan like the rest of us do, it looks like he might have his wires crossed a little bit.

We’re not sure why Hogan was thinking about Dunn today but he still sent out a touching tribute to the Jackass star, only it was to the wrong person.

Instead, Hogan included a picture of himself with Bam Margera saying, “Damn Bam, I wish you were still with us, I sure would love to hang out again my brother love u miss u HH.”

Hogan was quick to delete his tribute to the still-alive Bam Margera and put up an apology tweet in its place. Still, it’s pretty cool he was thinking about Ryan Dunn because he really was one of the good guys. 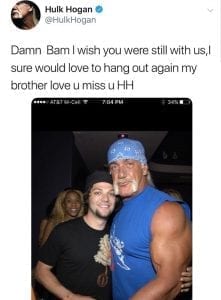