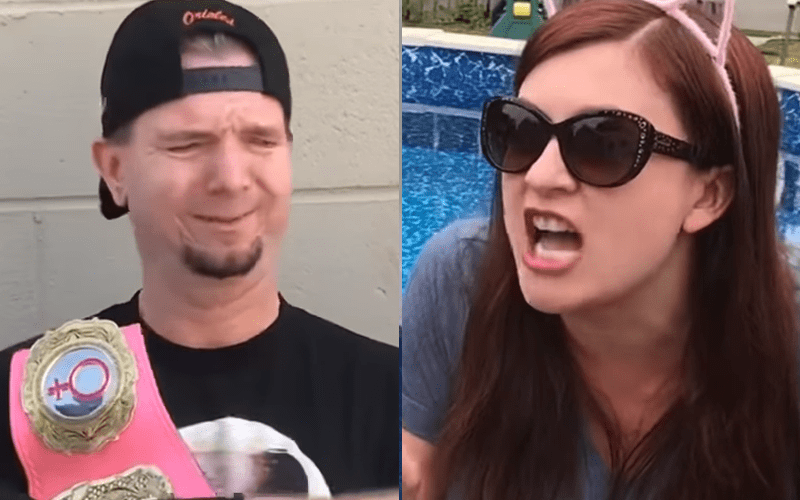 James Ellsworth is still carrying around an Intergender Championship defending it to all challengers. But he recently stepped back onto Grim’s Toy Show and received a pretty intense threat coming his way. Even though Ellsworth was able to escape disaster in the ring using some clever tactics he went outside only to find someone even scarier outside.

Heel Wife stepped up and made a challenge to James Ellsworth for his Intergender Championship and like always she means business.

Ellsworth tried his best to avoid a match with Grim’s wife but in the end, it looks like this will actually go down. Grim said that he will train his wife and Ellsworth suggested Heel Wife just go make him a pie because Grim doesn’t need any more pie.

But in the end, it’s up to the fans to comment and tell Grim that they want to see this match between The Chinless Wonder and Heel Wife.