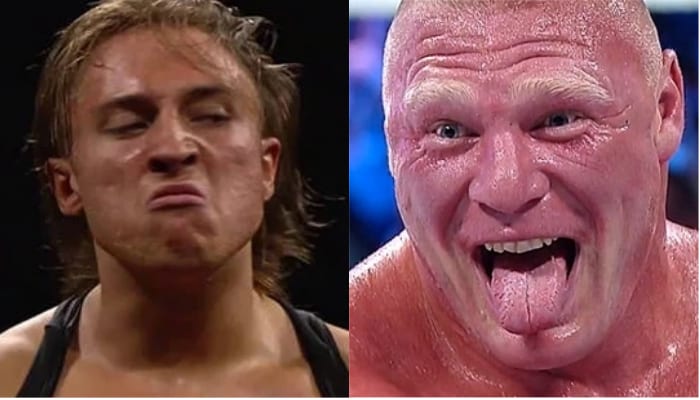 WWE updated their list of current longest running champions. Of course, Brock Lesnar is sitting on top because he is currently holding the Universal Title at 416 days. But Pete Dunne isn’t too far behind with 368 days and counting.

When Pete Dunne saw this list he didn’t have much to say about AJ Styles who has only held his WWE Championship for 197 days at this point. But he certainly seemed to be interested in a match against Brock Lesnar which could have a tremendous potential.

Although it’s unlikely, it’s nice to know that at least Pete Dunne is up for the challenge of taking on Brock Lesnar if WWE decides they ever want to book this dream match.

Gonna have to win the @WWE Universal title pic.twitter.com/0eu09sqESS